Shortly after handing over an early manuscript of Moonraker to William Plomer, Ian Fleming told him:

“In my opinion, it isn’t much of  a book, but it should make a good film.”

How wrong he was to be as it turned out. A film version never materialized in his lifetime and when it did, it bore little resemblance to his classic book.

The book that came out in 1955 was a departure from his previous two novels [Casino Royale & Live and Let Die] as it was entirely set in Fleming’s native England – Kent and London to be exact. Fleming’s own haunts were referenced or pseudonyms were used: Bridge at Blades – substituted for Boodle’s; Golfing at Sandwich; The White Cliffs and Cafe Royal in Dover; lunches at Scott’s; or driving down the A20 to St. Margaret’s Bay;

It was as if it was written right out of Ian’s diary.

“Bond did a racing change and swung the big car left at the Charing Fork, preferring the clear road by Chilham and Canterbury. The car howled up to eighty in third and he held it in the same gear to negotiate the hairpin at the top of the long gradient leading up to the Molash road….accelerating down the stretch of road past Chilham Castle…Bond took the short cut out of Canterbury by the Old Dover Road and looked at his watch. It was six-thirty. Another fifteen minutes to Dover and then another ten minutes along the Deal road.” 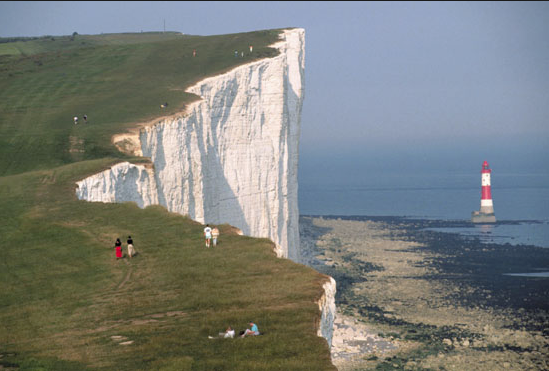 The White Cliffs of Dover

Ian Fleming’s long weekends ran from Friday afternoon to Monday night and were invariably spent at St. Margaret’s where Ian and Ann Fleming hosted friends such as Somerset Maugham, Noel Coward, Evelyn Waugh, Patrick Leigh Fermor and the Duff Coopers. Fleming wanted to write his most ambitious and personal novel yet, realizing he had to keep Bond fresh. Perhaps he was also trying to establish more respect amongst his literary peers or his favourite spy novelists such as Graham Greene and Eric Ambler. 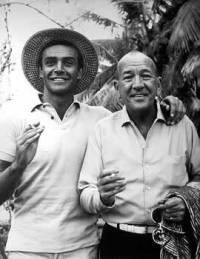 “It is the best thing he has done yet, very exciting and, although as usual too far-fetched, not quite so much so s the last two and there are few purple sex passages. His observation is extraordinary and his talent for descriptions vivid. I wish he would try a non-thriller for a change; I would so love him to triumph over the sneers of Annie’s [Fleming] intellectual friends”

He kept things close to home, not just by the locations, but in the character of Bond – to many, one of the most autobiographical of all his novels. The Cambridge Spies was also a possible inspiration for the villain Drax – a Soviet defector – “the traitor within”. The Secret Service was still smarting after the defection of Kim Philby at that time, which rankled with Fleming’s patriotism and dedicated service to ‘The Firm’.

Moonraker also holds the clues to Fleming’s involvement with Operation Crossbow and the search for German rockets. It cannot be denied that the novel, featuring as it does Nazi scientists and a V2-like rocket, took inspiration from wartime events. 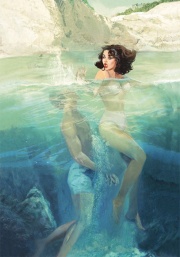 Moonraker also gave us one of the best Bond girls in Gala Brand, who surprisingly does not fall in love with Bond or go to bed with him. Bond would reflect at the end of the novel:

“And now what? wondered Bond. He shrugged his shoulders to shift the pain of failure – the pain of failure that is so much greater than the pleasure of success. The exit line. He must get out of these two young lives and take his cold heart elsewhere. There must be no regrets. No false sentiment. He must play the role which she expected of him. The tough man of the world. The Secret Agent. The man who was only a silhouette.”

Coward also reminded Fleming that the original title ‘The Moonraker’ had been used before by F. Tennyson Jesse. [Coward was incorrect it would turn out.]

Other titles put forward at the time included: The Moonraker Secret, The Moonraker Plot, The Infernal Machine, Wide of the Mark, The Inhuman Element, Out of the Clear Sky, Hell Is Here and Mondays Are Hell.

Reviews were favourable as well. From The Spectator in 1955 by Juanita Sheridan:

“The particular adventure into which he is plunged is not one of Mr. Fleming’s best and is further marred by a series of improbabilities culminating in a piece of poetic justice (involving the relative speeds of a submarine and a guided missile) that is just damned nonsense.

No, it is on the character of Bond himself that the book has to rely. […] The world of Moonraker is tough, anarchistic, and without belief; Bond, as the supreme egoist, the ultimate individual, survives because of those qualities, and because he is accidentally, almost casually, on the right side.”

And one of the most memorable scenes of any Fleming novel is the Bridge scene at Blades. The New York Time’s Anthony Boucher said:

“I don’t know anyone who writes about gambling more vividly than Fleming”.

Kingsley Amis in his Last Words on Ian Fleming article also praised it:

“One cannot forget Moonraker (1955) for the vivid, rounded depiction of its villain, Hugo Drax, and what is probably the most gripping game of cards in the whole of literature.

The Rank Organization’s Aborted Lift Off

Curtis Brown offered $1000 for a 9-month option on Moonraker plus $10,000 if produced, while publishers Jonathan Cape were discussing another deal with Rank. As a result, legal action was taken against Cape, but they pushed back on the TV rights until ultimately Curtis Brown pulled out.

With matters still stalled, Ian Fleming grew frustrated with Rank’s script department and wrote a version of the script himself as he had visioned it would be when he wrote the novel. He remarked:

“The reason why it breaks so badly in half as a book, is because I had to more or less graft the first half of the book onto my film idea in order to bring it up to the necessary length.”

When the Roger Moore Moonraker film version was released in 1979, it bore very little resemblance to the novel apart from the title and the use of Drax as the villain and turned out to be a non-sensical send-up of Bond.

Elements from Moonraker were also used in the 2002 film Die Another Day such as Blades Club being used, which incidentally was filmed at The Reform Club. 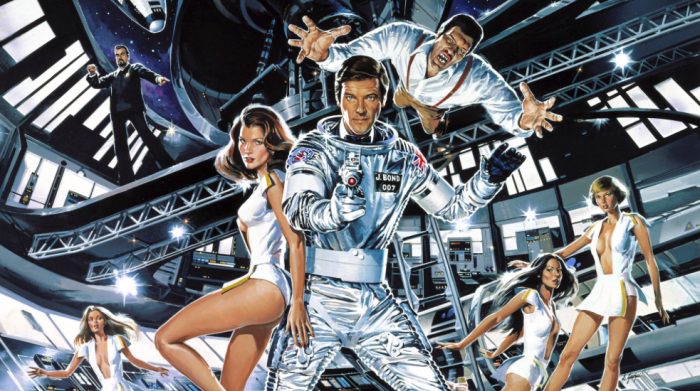 In a galaxy far, far away from Kent

Could Fleming’s script have been the greatest Bond film ever made? Imagine the famous car chase – 007 in his souped-up Bentley pursuing Sir Hugo Drax in his 300 S Mercedes – in one of the most thrilling scenes Ian Fleming ever wrote. Or Bond chasing Drax down Ebury Street – where Fleming lived and (where Sir Hugo Drax would also live) all the way onto the A20 to Dover, on which he eventually loses his Bentley. 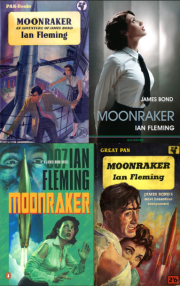 Is there a lost Casino Royale film adaptation written by Ian Fleming?

Bonding through Kent and the WhitLit Festival

Disinformation Served…Coffee and a Cover – Moonraker by Gerald Wadsworth

Buy the Folio Edition of Moonraker

One thought on “‘Moonraker’ and the Aborted Film Take Off”