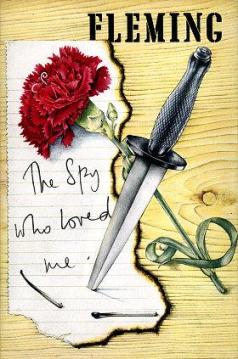 The Spy Who Loved Me was published on 16 April 1962 in the UK as a hardcover edition by publishers Jonathan Cape; it was 221 pages long and cost 15 shillings.

Artist Richard Chopping once again undertook the cover art, and raised his fee from the 200 guineas he had charged for Thunderball, to 250 guineas. The artwork included a commando knifewhich was borrowed from Fleming’s editor, Michael Howard at Jonathan Cape. The Spy Who Loved Me was published in the US by Viking Books on 11 April 1962 with 211 pages and costing $3.95

Fleming felt he was running short of ideas for the cover. He wrote to Chopping in June of 1961 saying:

“…we are in rather of a quandary this time to suggest a suitable motif, and it occurred to me that you might have some brilliant idea for there are no emblems in the book which would in any way be suitable. The title of the books is ‘The Spy Who Loved Me’ and so what suggests its-self of course is a juxtapositionbetween a dagger or a gun and an emblem representing love, rather on the lines of your gun with a rose. But what can we use now?” 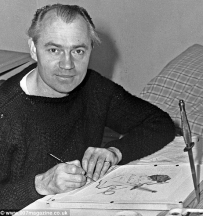 In the letter, Fleming goes on to suggest that they might use a “frilly heart shaped Valentines with a dagger thrust through it” as a possible cover.

In the end, however, they decided upon a simple dagger and a flower. This time the flower is a carnation rather than a rose, representing the chance encounter between the narrator and the hero.

The dagger pierces a partially burnt, hand written note that bears the title of the novel and pins it to the traditional wooden background. It is a testament to Chopping’s skill as a n illustrator that he managed to capture in the book’s excitement, danger and romanticism in such a simple design.

The Spy Who Loved Me was written in Jamaica at Fleming’s Goldeneye estate in January and February 1961 and was the shortest manuscript Fleming had produced for a novel, being only 113 pages long. Fleming found the book the easiest for him to write and apologised to his editor at Jonathan Cape for the ease. The Spy Who Loved Me has been described by Fleming biographer Andrew Lycett’s Fleming’s “most sleazy and violent story ever”, which may have been indicative of his state of mind at the time. 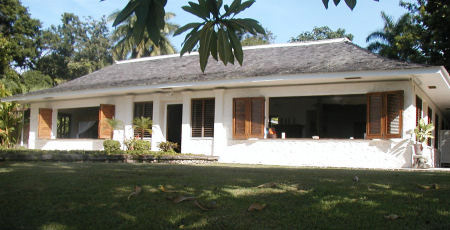 Fleming borrowed from his surroundings, as he had done with all his writing up to that point, to include places he had seen. One such location was a motel in the Adirondacks in upstate New York, which Fleming would drive past on the way to Ivar Bryce’s Black Hollow Farm; this became the Dreamy Pines Motel.

3 thoughts on “The Spy Who Loved Me Dust Jacket”