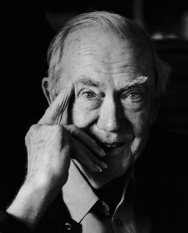 Graham Greene and Ian Fleming are often mentioned in the same breath by espionage fans as two of the most influential of all time. They had many differences in their literature and also shared a personal and slightly fractious relationship.

Fleming’s admiration for Greene was there from the beginning, having feasted on novels such as The Confidential Agent, Stamboul Train and Our Man In Havana. When asked about authors who have had the most impact on him and society he placed Greene first, “because each sentence he writes interests me, both as an individual and a writer’

Fleming actually became acquainted with Greene via his wife Ann – ever the social climber – who often invited Greene to social occasions. This gave Fleming a chance to get closer to Greene in the hope of possibly acquiring the literary praise so often absent from Ann’s literati set. However, this never really came about. Ann – never missing a trick – described Greene as:

very anxious and quite impossible to engage in seductive conversation. He remained demoted from all, totally polite and holding the cocktail shaker as a kind of defensive weapon.

One famous snub involved Ian offering up Goldeneye to Greene for a vacation, which in Ian’s mind at least, was the quid pro quo for a book jacket endorsement to an omnibus edition called Gilt Edged Bonds. Greene later explained rather acidly later that:

“He agreed to let me have it rent free if I would write an introduction to an omnibus volume of his novels in America, and I had rather tactfully to explain that I would prefer to pay rent.”

Matters were made worse for Fleming, when Greene accused his housekeeper Violet of stealing whiskey. All in all an utter disaster for Ian.

Their shared wartime experiences were similar – both serving in Intelligence – but shaped them much differently and their literary creations. Fleming noted as much when he noted that the SIS agent Wormwold (Our Man In Havana) was “almost too close to those who seemed in wartime intelligence to be funny”. While Fleming came of age during the war serving under the stoic tutelage of Admiral Godfrey, alongside real life heroes such as Patrick Dalzel-Job (right) – often referred to as one of the primary inspirations for Bond; Greene served under none other than the notorious trailer Kim Philby as the Chief of the Portuguese desk.

How much influence did Philby have on Greene?

Quite a lot it would seem, based on Greene’s later books and revealing introduction to Philby’s auto-biography My Silent War:

He was serving a cause and not himself, and so my old likings for him came back.

He betrayed his country—yes, perhaps he did, but who among us has not committed treason to something or someone more important than a country?

It seemed like Greene had Philby close to mind when he wrote The Confidential Agent in 1938 and again in his 1978 novel The Human Factor. Greene actually delayed publishing The Human Factor for years, even considering releasing it posthumously to avoid linking himself publicly with Philby, who especially at that time was persona non grata. As John Simpson in The Spectator, 1994 writes:

As for The Human Factor, it was based on Greene’s memories of SIS as it had been during the second world war: stuffy, inefficient and occasionally given to murdering people. Greene’s SIS file is, by all accounts, a delight to read.

In 1968 Greene offended his for- mer associates greatly by contributing an uncritical introduction to Kim Philby’s (right) memoirs, My Silent War. It was not simply that Greene was assisting Philby in his last big onslaught against SIS; there was no mention of the assistance Philby had given Moscow during Stalin’s bloodiest period, no hint of the KGB’s role in suppressing freedom of expression.

Nowadays SIS has forgiven Greene, and rather enjoys the kudos it gains from his association with it.

Greene’s view of the intelligence service was in sharp contrast to Fleming. Bond’s loyalty to the Service and M was, by extension, a loyalty to Queen and Country which none of Greene’s intelligence agents could be argued for. Fleming was quite clear about his intentions for bond from the outset – no ambiguities, no internal convicts (unless women were involved) and no issues of loyalty to the Crown. Fleming said he wanted a “mixture of Tolstoy, Simeon, Ambler and Koestler, with a pinch of ground Fleming“, which he arguably succeeded with at least two of those.

As Christopher Hitchens put it:

Not for Fleming the moral ambiguities and shady compromises of a Graham Greene or John le Carre agent: The West was coterminous with The Free World and that was with a few very occasional moments of chivalrous doubt. Every line that he composed was either overt or subliminal propaganda for the great contest with Communism, and all of the subordinate themes, form racism to sadism, were ancillary to it.

Greene later actually described his creations in relation to Bond:

My ambition after the war was to write a novel of espionage free from the conventional violence, which has not, in spite of James Bond, been a feature of the British Secret Service unromantically as a way of life, men going daily to the office to earn their pensions […] When I has spent a few years in the Service during the war I had certainly found little excitement or melodrama coming my way.

It is in the novel, The Human Factor, in which Greene even has a few digs at Fleming’s Bond. These could equally be backhanded compliments, acknowledging the full cultural impact of Bond by the late 70s.

‘The Colonel is one of the hush-hush boys. James Bond and all that.’

One of the two said, ‘I never could read those books by Ian.’

‘Too sexy for me’, the other one said. ‘Exaggerated.’

‘James Bond would have had Cynthia a long while ago. On a sandy beach under the hot sun.’

It’s a shame Greene still felt a touch of envy by then and they had not gotten off on better footing. One can only imagine being a fly on wall with those two at one of Ann’s dinner parties. According to the letters of Ann Fleming, Ian was very interested to quiz Greene on Burgess and MacLean. Fleming possibly felt that Bond was his way of righting the image of the British Intelligence Service and of stalling the setting sun on the British Empire. Greene knew this was long gone and was more interested in exploring what made the British character vulnerable while figuring to its role in the world again. 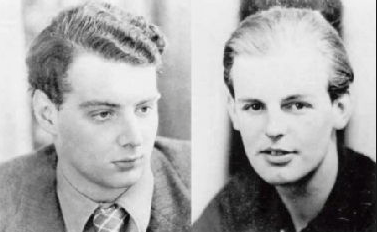 Whether you like a pinch of ground Fleming in your espionage or prefer to live in Greeneland, one thing is for sure in that the world is much richer for having both of them.

We’ll leave the last words to Ian Fleming in 1964, who was still ever gracious and generous to Greene until the end:

I’m more interested in action than in cerebration, and I should think that the great War and Peace thriller would be more likely to be written by a man like Graham Greene or Georges Simenon, because either of them would do it more truthfully and accurately than I ever could.

Noel Coward Was A Spy Too (The Spectator)

The Human Factor by Graham Greene; Inspired by Kim Philby?