Additional quotes by Michael May; Illustrations ©George Almond where indicated – Courtesy of www.007magazine.com

With each new James Bond film (including the upcoming SPECTRE) there is always speculation about how much source material is left to use. In some cases, merely the title of one of Fleming’s books was used, with the original story left largely untouched – as are the cases of Moonraker and The Spy Who Loved Me. So when the chosen Bond screenwriters are left wondering what to write about, we suggest returning to some of these source materials.

10. The Motel Shootout in The Spy Who Loved Me

The 1977 film takes its title from the novel – Fleming’s tenth book in the James Bond series, but it does not contain ANY elements of the novel’s plot. In the second volume of his autobiography, Anthony Burgess claims to have worked on an early treatment for the movie and one wonders if he used elements from Fleming’s work only for it to have been rejected.

The Spy Who Loved Me is the ugly duckling of Bond novels. The first third is a weird, not-romantic romance novel that doesn’t even mention Bond. That can be frustrating and I’ve heard readers dismiss it as a failed experiment. Even when it gets exciting in the middle, becoming a tense horror story about a young woman in danger at a remote motel in the woods, Bond is still absent. But Fleming is saving him up. 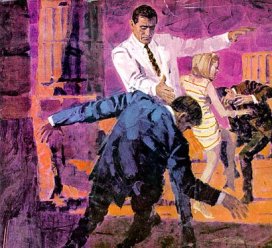 Just when the situation is most horrifying and the woman has run out of options for dealing with the sadistic men who want to rape and kill her, Bond wanders into the motel.

That sets up the final third of the book, which is one of the scariest, most intense battles that Fleming wrote. Because of the build-up, Bond feels out of his element and the two villains seem especially dangerous.

They’re not as flashy as Blofeld or Dr. No, but they’re smart and deadly and give Bond a very hard time. That and the horror movie setting are both things that I’d love to see in Bond film.

“The Hildebrand Rarity” appeared first in the March 1960 issue of Playboy. In this adventure, Bond is on holiday in the Seychelles Islands with his friend, Fidele Barbey. Through Barbey, Bond meets the abrasive American millionaire Milton Krest who has offered the two the job of helping him find a rare fish called “The Hildebrand Rarity”.

During the expedition, Bond learns that Mr. Krest verbally and physically abuses everyone around him, specifically his wife whom he punishes with a sting ray tail charmingly called “The Corrector”. Krest finds the fish by essentially poisoning the ocean around him to bring it up to the surface.

During the same night Bond hears Mr. Krest choking, after which Bond discovers Krest has been murdered and the rare fish was stuffed into his mouth. Bond decides to throw him overboard, clean up the crime scene, perform a perfunctory ‘investigation’ into both Barbey and Mrs. Krest, om which she never admits to committing the crime and Bond never asks.

This is easily my favorite Bond short story, mostly thanks to the very rare, platonic relationship between Bond and Elizabeth Krest, but also because of its murder mystery element and the ambiguous way that’s resolved. We’re pretty sure we know what happened – and Bond is, too – but Fleming doesn’t need to spell it out. Leaving it indefinite fits the tone of the rest of the story, which is about kindness and doing the right thing for someone instead of taking the pragmatic, less caring approach.

Elements of “The Hildebrand Rarity” were already worked into Licence to Kill, including Krest himself and the abused lover whom Bond befriends. The woman isn’t married to Krest (who’s more of a henchman in the film), but she’s the girlfriend to the main villain who beats her in a way that’s similar to what Krest does in Fleming’s story. The real changes in the License to Kill version though are the control she has over her own destiny and her relationship with Bond. I’d like to see those things – and the murder mystery – played out onscreen.

The Hildebrand Rarity had the central story of a classic murder mystery story of a abusive man, with a slight cliffhanger in that we never know what Bond did to Krest’s wife or Barbey. With a little change and creative process, this might be a well rounded story.

8.  The Saratoga Racetrack scene in Diamonds Are Forever 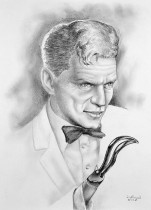 Bond discovers that the smuggling ring is operated by “The Spangled Mob“, a ruthless American gang run by the brothers Jack and Seraffimo Spang. Bond follows the pipeline from London to New York, where he is instructed by Shady Tree to earn his fee through betting on a rigged horse race in nearby Saratoga.

In Saratoga Bond meets Felix Leiter (right), a former CIA agent working at Pinkertons as a private detective investigating crooked horse racing. Leiter bribes the jockey to ensure the failure of the plot to rig the race. When Bond goes to pay the bribe, he witnesses two homosexual thugs, Wint and Kidd, attack the jockey.

Very little of the 1971 film resembles the book, only the book title, villains Windt and Kidd, and Tiffany Case’s names are used.

In addition to the great scene where Bond helplessly witnesses Wint and Kidd’s attack on a horse jockey, I’d love to see Diamonds Are Forever’s Specterville location used. The name probably needs to be changed to avoid confusion with a particular terrorist (and counter-intelligence, extortion, and revenge) organization, but a Western ghost town is a great place for a villain’s hideout. And it’s even better if we get Bond and a woman being chased through the desert by the bad guy on a steam locomotive.

7. The Giant Squid Scene in Dr. No

The first two thirds of the novel closely math the 1962 film version, but Dr. No himself is a different character, both physically and in voice. The master plan and the death of the villain are also quite different including the death trap that Bond must escape from.

Interested in the ability of the human body to withstand and survive pain, Dr. No forces Bond to navigate his way through an obstacle course constructed in the facility’s ventilation system. He is kept under regular observation, suffering electric shocks, burns and an encounter with large poisonous spiders along the way. The ordeal ends in a fight against a captive giant squid, which Bond defeats by using improvised and stolen objects made into weapons. Dr. No’s demise is also changed for the film version; instead of being buried in bird guano, the villain perishes in an atomic reactor, which perhaps was the better decision.

Bond’s duel with the Octopus – ©George Almond – Courtesy of http://www.007magazine.com

As classic as the movie version of Dr. No is, it totally screwed up Bond’s escape through the vents. Instead of a planned obstacle course as in the novel, the movie gives us a nonsensical system of tunnels with various purposes that contradict each other. It’s worst offense though is that the escape ends in a conveniently under-guarded room instead of a pen with a giant squid. We need that squid fight. We deserve that squid fight. Make it right, EON.

6. Bond attacks on M in The Man With The Golden Gun 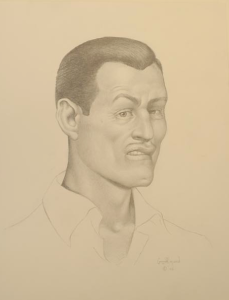 A year after James Bond’s final confrontation with Ernst Stavro Blofeld, while on a mission in Japan, a man claiming to be Bond appears in London and demands to meet the head of the Secret Service, M. Bond’s identity is confirmed, but during his debriefing interview with M, Bond tries to kill him with a cyanide pistol; the attempt fails.

The Service learns that after destroying Blofeld’s castle in Japan, Bond suffered a head injury and developed amnesia. Having lived as a Japanese fisherman for several months, Bond travelled into the Soviet Union to learn his true identity. While there, he was brainwashed and assigned to kill M upon returning to England.

Some thought there were several plot similarities in Skyfall with TMWTGG but this would make a great  pre-title sequence. Scaramanga is a far different character in the book to Christopher Lee’s (albeit excellent) interpretation; but he does use a Golden Gun, although in the book it’s a revolver that doesn’t disassemble. He does have the same origin story (his elephant was shot when he was a boy), there’s Mary Goodnight and not much else.

Written after the first Bond movies, the opening chapters of The Man With the Golden Gun really are Fleming’s version of a pre-title sequence.

Fleming’s tying up loose ends from the previous book, but a movie wouldn’t necessarily have to do that. What’s important is the psychological tension building to Bond and M’s meeting. We know that something’s not right, but we’re not entirely sure what it is until the meeting takes place and we see what Bond’s going to do.

It would be a different kind of pre-credit sequence, but it could be spiced up with an exciting chase after Bond makes his attempt. How cool would it be to see Bond being pursued through MI6 headquarters by all those other agents and security personnel, some of whom are armed with Q-Branch technology?

Next week read part two of our countdown to number 1!

More of Michael May’s writings can be found at:

Prints of George Almond’s work can be purchased at  – www.007magazine.com

One thought on “Unused Literary Bond Scenes That Should Be Filmed: Part 001”