When artists Richard Chopping and Denis Wirth-Miller died in their nineties, their friend Jon Lys Turner inherited an extensive personal archive. When he began to look through it, he discovered letters and other material that revealed Chopping and Wirth-Miller to be a previously missing link in the twentieth-century art world and pivotal figures in the life of Francis Bacon. The result is  ‘THE VISITORS BOOK’ – the untold story of two of the most fascinating figures to emerge from the turbulent world of post-war British art.

They are by no means household names, but from their first meeting in 1937 to the former’s death in 2008, they were the zeligs of the British art world. Though they stubbornly guarded their privacy, they hoarded correspondence, diaries and artwork – much of which survives in the care of Turner.

From collaborating on canvases with Francis Bacon – Denis’s closest friend – to Dicky’s cover designs for Ian Fleming’s James Bond novels, their story throws up unexpected and fascinating brushes with some of the most culturally important figures in 20th Century British society.

Their personal relationship was fraught with contradictions. They were a long-term gay couple who resented the decriminalisation of homosexuality. They were dependent on each other but staggeringly promiscuous. They were pacifists who beat each other senseless with alarming regularity. But even at their most appalling, they radiated charisma and charm.

Their biography is a tale of transgression, hedonism and innovative talent; they were part of a group of mostly gay young men who pushed boundaries in their art and relationships against the backdrop of wild nights in Fitzrovia and Soho. While Chopping and Wirth-Miller both found fame after the war – one as the designer of Ian Fleming’s James Bond covers; the other as a ground-breaking landscape artist – a kaleidoscope of artists and writers, including Colquhoun and MacBryde, John Minton, W. S, Graham and Stephen Spender would travel from London for Chopping and Wirth-Miller’s infamous week-long parties, leaving behind a host of famous names in the visitors’ book of their Wivenhoe home.

Chopping’s closest friend was Frances Partridge, known as the last of the Bloomsbury Group, while Wirth-Miller had a remarkable relationship with Francis Bacon that was both tender and violent, as revealed in previously unpublished letters and images. Bacon defined friendship as ‘two people pulling each other to pieces’, and that is exactly what they did – painting, gambling and drinking together, and arguing ferociously, with Chopping caught in the middle.

In later life, Chopping and Wirth-Miller were not interested in talking to other people’s biographers and thus fell into obscurity. Here is their own extraordinary story, revealed for the first time.

The Visitors’ Book is both an insight into the minutiae of Chopping and Wirth-Miller’s life together and what it meant to be gay in pre-Wolfenden Britain, as well as a pocket social history of the era and a unique perspective into mid-twentieth century art. With reams of previously unseen material, this is a fascinating and unique to delve into post-war Britain. 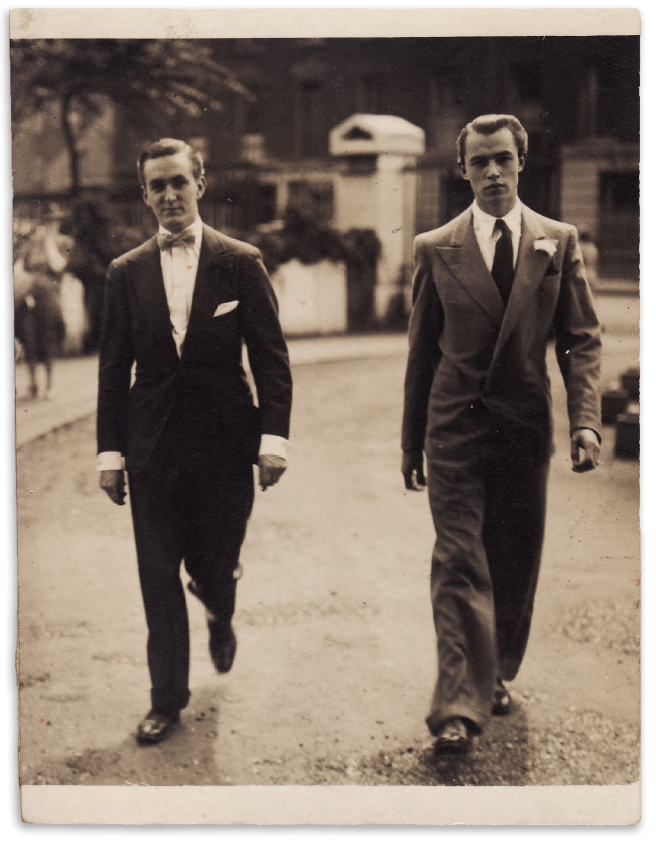 Jon Lys Turner first met Dicky Chopping in 1981, shortly after beginning his Masters degree at the Royal College of Art. They developed a close friendship that would last until the latter’s death in 2008. Jon has worked at the top end of the UK design industry ever since completing his Masters, and has been a consultant to some of the world’s largest brands.

The Visitor’s Book will be released on June 9th by Constable & Robinson. Pre-order now on Amazon.

‘Heads, Bodies and Legs’ by Richard Chopping and Denis Wirth-Miller