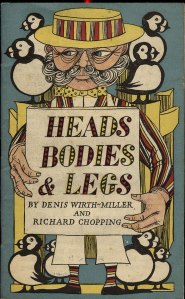 Heads, Bodies and Legs is a children’s book written and illustrated by the late Richard Chopping and Dennis Wirth-Miller.

Mike Simkin writes to The Guardian in 2008:

“Having been one of his students at Colchester School of Art (1958-62). Nobody gave more encouragement with their work and spirit for life. He never spoke of his illustration work at the time, such as the covers for Ian Fleming’s books, despite the fact that we were practising plant drawing and still life with fish, shells, flowers and grasses, the subjects of his own illustrations. 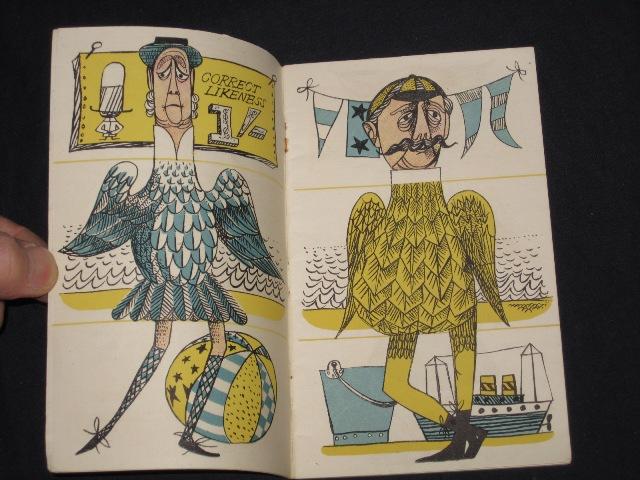 This is a seminal book of a genre in which animal, bird and human transformations mix and match. It is unusual because Richard wrote the text, the only time such a book has had a contextual story.

It is also about changing identities, and is a reminder of Richard’s love of fun and sartorial elegance, which was captivating for us as students, particularly when he dressed up for our Christmas parties in military uniform and regalia or striped blazer and boater – not unlike the illustrations depicted on the covers of Denis and Richard’s book.”