Albert R. ‘Cubby’ Broccoli and Harry Saltzman remain the most successful producing partnership in movie history and together they were responsible for the phenomenally successful James Bond series. Loved and hated in equal measure, respected and feared by their contemporaries, few movie people have loomed as large over the industry as Broccoli and Saltzman, yet they would end on very different paths.

We spoke to Robert Sellers about his new biography of these two iconic producers.

001. You have infamously written about the James Bond phenomenon before, so what made you decide to take this other infamous story?

After the Battle for Bond a lot of people asked if I was going to write another book on Bond. The problem always has been – just what the hell do you write about? It’s all been pretty much done to death. So, one of the attractions of doing a biography on the Bond producers was that no one had done it before, absurd when you think about it, given they are probably the most successful independent film producers in cinema history and hugely colourful figures, especially Saltzman.

002. How difficult was it researching their history and did you make any startling discoveries?

Well, the main difficulty was the simple fact that so many figures from Bond’s early history are no longer with us and can no longer present any first-hand testimony. Luckily, I originally considered doing this book about ten years ago and interviewed a number of people who have since passed on, such as Guy Hamilton, Tom Mankiewicz and Ken Russell. I also managed to speak with people like Len Deighton and Joanna Harwood who proved invaluable, and I’ve also taken advantage of numerous interviews that I’ve done with Bond alumni over the years, like Roger Moore and Ken Adam.

As for revelations, the biggest I suppose was that Broccoli and Saltzman considered dropping Roger Moore a week into the shooting of Live and Let Die and phoned Connery to take over. He told them both to f**k off!

003. Broccoli and Saltzman’s careers ended very differently. What was the catalyst for their initial separation and subsequent career paths?

For Broccoli, making Bond the biggest thing in movies was enough of a challenge and he never understood why his partner didn’t feel the same and needed all this extracurricular stuff, jetting around the world making other movies and buying up companies. That was the key difference between the two men. While Broccoli retained his enthusiasm for Bond as the sole interest in his career, Saltzman saw the franchise as merely a platform to expand. This, of course, led to his ultimate downfall.

This growing imbalance between the two men in their commitment to the Bond pictures eventually reached a point where Cubby felt aggrieved that he was carrying the load of the franchise almost on his own. Add to that the fact that as people they were chalk and cheese, with scarcely anything in common, it’s a wonder the partnership lasted as long as it did. 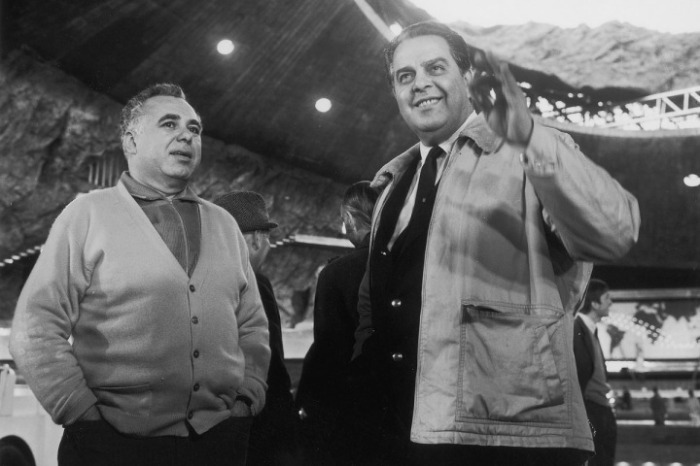 004. How have the respective Broccoli and Saltzman families reacted to the book?

This was always going to be an ‘unofficial’ book. I came quite close to interesting the Saltzman family into taking part but it didn’t work out in the end. I don’t think Barbara Broccoli was ever going to get involved; she’s far too busy anyway. And let’s face it, after the controversy surrounding Battle for Bond, I suppose I’m persona non grata.

005. What was Ian Fleming’s relationship with both of them like?

Very good, I think Fleming liked the fact that both of them had a good track record in the film business with a lot of experience, which was important to him after the debacle with Kevin McClory. I think he saw them as go-getters, people who could get things done.

Fleming did sometimes attend production meetings, although he chose never to interfere or throw his weight around. As Broccoli recalled, ‘He’d sit there in his detached manner, occasionally, but always diffidently, suggesting an idea or two.’ Fleming had no approval over any script, although the producers allowed him to see them just the same, more out of courtesy than anything else, and the fact they valued his expertise.

006. The Bond films rapidly departed from the original Fleming source material after OHMSS. Was this a joint decision by both of them or a source of friction?

Fleming himself had identified this problem when he sold the film rights and told Broccoli, “You’re going to have to update my stories eventually, just try to have the scripts written the way I have done in my early books.” Certainly, Cubby was the first to suggest that as they went on with the series the books would quickly become largely redundant requiring the stories to be updated, rewritten and made more spectacular.

Significantly, part of the deal Fleming made with the producers was that if the Bond series became so successful it exhausted all of his published works, Eon had the right to make original Bond movies.

I think Cubby especially when Fleming died, felt a responsibility to the series and to carry on Fleming’s legacy. Tom Mankiewicz told me that Broccoli would talk about the soul of Bond or Bond would never do that. And Harry would sometimes get short with him and say, “James Bond will do whatever we want him to do.” Cubby would never, for example, succumb to studio pressure to take the Bond franchise in directions that he felt were unsuitable. 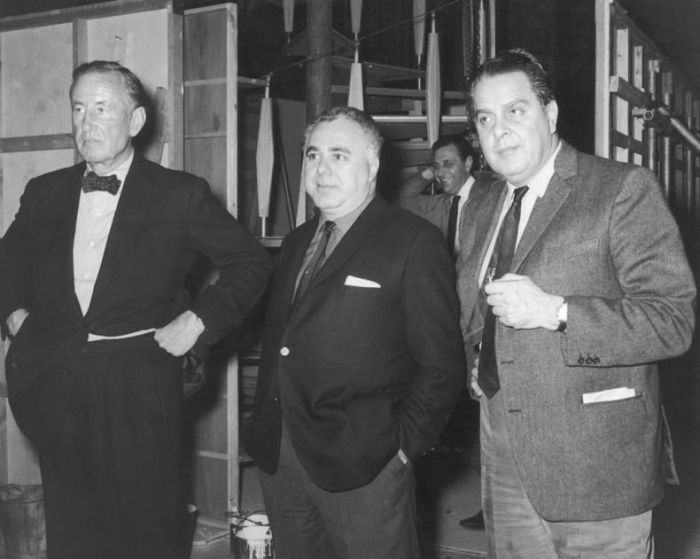 007. What other Broccoli and Saltzman productions was there outside of the James Bond franchise?

For me, one of the most interesting aspects of the book was researching into Cubby and Harry’s work away from Bond. Incredibly Broccoli made 18 films prior to Dr. No, with his partner at Warwick films Irving Allen, while Saltzman played a significant role in the British New Wave cinema movement backing films such as Look back In Anger and Saturday Night and Sunday Morning, something I don’t think he’s ever really got the credit for.

During their time together on the Bond series, Broccoli made just the one film as a solo producer, Chitty Chitty Bang Bang, while Saltzman had a hand in something like 10 films during that time, including the Harry Palmer films with Michael Caine, Battle of Britain and the Orson Welles film Chimes At Midnight. 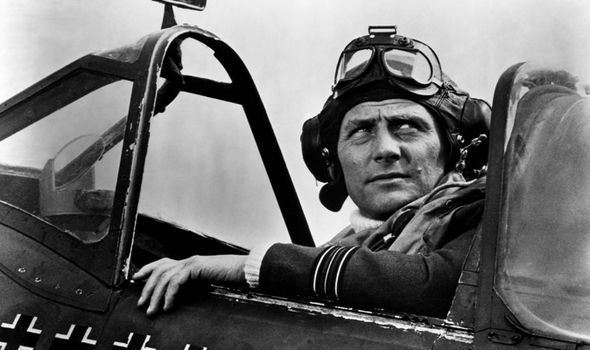 Robert Shaw in Battle of Britain

Of course, straight after Dr. No the pair of them made a Bob Hope comedy together, Call Me Bwana, but this was largely instigated by Saltzman. Originally Chitty Chitty Bang Bang was to be a joint-production, when it was first announced in 1965, and was intended to be the first of what both men hoped would be a number of family-orientated pictures.

There were also reports that the pair of them were going to produce a movie together about the notorious Australian outlaw Ned Kelly, along with a television documentary based on Ian Fleming’s 1963 travelogue Thrilling Cities, in which the author gave his views on several major cities. None of which, sadly, worked out.

Robert Sellers is an author and journalist. Following graduation from drama school, he aspired to a career on stage and screen. Alas, despite a few walk-on roles, the world has been spared his acting, which is perhaps all for the best.

He is the author of the bestselling Hellraisers (Preface, 2009), What Fresh Lunacy is This: The Authorised Biography of Oliver Reed (Constable, 2014) and The Battle for Bond (Tomahawk, 2008). He writes for Empire film magazine, the Daily Mail and The Guardian.

He is currently working on a book about the golden years of Radio 1. And the ‘official’ history of the Marquee club.

Buy on ‘When Harry Met Cubby‘ on Amazon UK

2 thoughts on “When Harry Met Cubby – Interview with Robert Sellers”