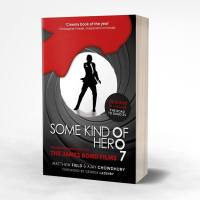 In the wake of the announcement of Bond 25 at Ian Fleming’s Goldeneye retreat where the 007 books were written, it seems appropriate to revisit the road to Bond 25 and the roots of Fleming’s writing which remain in the films. This history is contained in the paperback of Matthew Field’s and Ajay Chowdhury’s “Some Kind of Hero: The Remarkable Story of the James Bond Films” was published by The History Press last year.

The original edition of this book was previously reviewed by ALR, but the revised version deserves examination. The new material includes a full chapter on 2015’s Spectre, an examination of the rocky road to Bond 25 up to the announcement of Danny Boyle as the director and remembrance of fallen Bond, Sir Roger Moore as well as new images from the franchise past.

In the in-depth update, the creative process of making a Bond film is laid bare and will be of particular interest to close Bond-watchers for the making of Bond 25. It’s also fascinating how much fealty to Fleming is still part of the thinking behind the creation of the films.

Veteran Bond screenwriters Robert Wade and Neal Purvis outline how they took elements of not of only of previously unused Fleming story material but also of Fleming’s biographical life. The backstory of Oberhauser and Bond, drawn from the 1966 short story, Octopussy, formed the basis for the motivation of the villain. But this was also inspired Fleming’s youthful stay in Kitzbuhel with Ernan Forbes-Dennis and his wife, Phyllis Bottome, the latter whom Fleming later claimed inspired him to write.

There is also mention of Colonel Sun by Kingsly Amis writing under the pseudonym, Robert Markham, the first adult Continuation Bond, published in 1968. The excruciating torture scene from that book was brought to life in ‘Spectre’. The first screenwriter on the picture, John Logan, also cites the 1960 Fleming short story, The Hildebrand Rarity as an initial launching point for a story involving mining in Africa which was subsequently abandoned.

Director Sam Mendes reflects that while his previous Bond film, ‘Skyfall’, was a comment on intelligence matters in a post-Julian Assange world, Spectre was seen through the prism of Edward Snowden, the NSA whistleblower. Eon Productions were preparing a non-Bond film based on the Glenn Greenwald book of his story, No Place To Hide before re-envisaging the abuse of Big Data as the underpinning of their next 007 film.

There are a lot of espionage in-jokes which remained unused in the final screenplay, the highlight of which was the burial of M in Highgate Cemetery next to the founder of Communism. Writer Robert Wade recalled Bond’s quip on the irony of Judi Dench’s Head of the British Secret Intelligence Service’s final resting place, “ending up to the left of Karl Marx.”

There are many bits of interesting and hitherto unearthed gems in this 800-page tome and all lovers of the spy genre and the James Bond saga will enjoy discovering them.

The second edition of SOME KIND OF HERO is out now, published by The History Press. Now fully updated to include 2015’s Bond film Spectre, The Road To Bond 25 and a remembrance of Sir Roger Moore, Some Kind of Hero recounts this remarkable story, from its origins in the early ‘60s right through to the present day, and draws on hundreds of unpublished interviews with the cast and crew of this iconic series.

MATTHEW FIELD & AJAY CHOWDHURY are the authors of Some Kind of Hero (THP, 2018), the first book to explore the history of the making of the James Bond films. FIELD is on the board of the Ian Fleming Foundation and is a freelance film journalist and entertainment PR executive. CHOWDHURY is the spokesperson for the James Bond International Fan Club and has contributed to numerous books and magazines on the James Bond legacy as well as being a media lawyer. 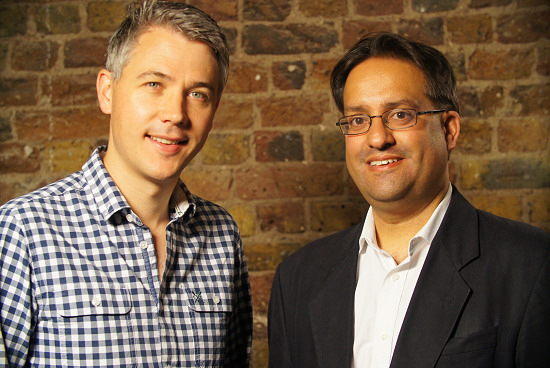 Review: Some Kind of Hero by Ajay Chowdhury and Matthew Field