When I turned forty last year, I decided I deserved a proper midlife crisis. Since I already ride a motorbike, a tattoo seemed like the sensible option. 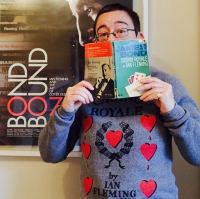 It was something I’d been considering for a while, but never quite pulled the trigger on. One problem was that I have a lot of interests, and I wasn’t sure which I wanted to celebrate on my body. The more I talked it over with friends, though, the more I heard “You really like James Bond. Why don’t you get a 007 tattoo?”

The problem with that logic is that in Bond’s world, tattoos would be very much the province of criminals or, at best, the honest working classes. (The language and symbolism of Russian criminal tattoos*, by the way, is fascinating and just the sort of thing Bond would find gracing his In tray of a Monday morning.)

It’s not beyond the bounds of possibility that Bond might have picked up a tattoo during his time in the Navy—like actor Jon Pertwee, who woke up one morning with a snake tattooed on his arm and no recollection of the previous night’s activities.

A tattoo is also an inadvisable distinguishing mark for a spy; MI5 banned visible ones on prospective applicants in 2015. (Never mind that a 00 can hide a scar with makeup, as in Diamonds Are Forever, or change their ethnicity with a spot of dye, as in You Only Live Twice.)

The most prominent tattoo in the Bond universe is Count Lippe’s red lightning symbol in Thunderball. I didn’t especially want to mark myself out as a member of a Chinese Tong, but I did take inspiration from his chosen location: on the left wrist, so it’s usually hidden by a watch. 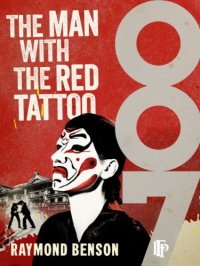 There’s also the eponymous Man with the Red Tattoo in Raymond Benson’s continuation novel, but it’s a full-body job and it would take a brave fan indeed to commit to that. Nor, before anyone suggests it, did I want a lip tattoo, as worn by poor old Shy Smile the racehorse in Diamonds Are Forever.

Still undecided on a design, I did a Google search and quickly learned two things. First, I didn’t want the 007 gun logo or the gun barrel, both ubiquitous. Second, Bond tattoos are very manly and for men.

The internet was not enough. Nothing grabbed me (although I did admire this pinup-style Domino**). In the end, after much thought, I picked the 007 logo in current use for officially licensed Bond literature, rather than the one associated with the films—a pleasing little touch of snobbery I thought worthy of Bond, or even Fleming, himself. It’s also a small and simple design, which, I hoped, lessened the chance that I would pass out or burst into tears during the procedure.

I made an appointment with my local tattooist, Steve: a gentle, soft-spoken fellow with skulls and playing-cards inked up his arms who asked me if M knew I was here.

After he’d drawn round my watch with a green Sharpie to get the position right, I lay down for twenty minutes or so of acute uncomfortableness—like a cross between giving blood and seeing the hygienist—in an office hung with hygiene certificates and, for some reason, paintings of evil clowns.

“Who’s your favourite Bond, then?” asked Steve, resting his needle against my wrist bone like a professional torturer. What was he going to do to me if I got the answer wrong?

“Oh? I only really liked one of his. You all right? Sure? You went all tense.”

We agreed that Daniel Craig is very good and Roger Moore was too silly, then it was all over. After paying Steve, I marched out into the night with Cling-Film wrapped around my wrist and no regrets.

Read any article on tattooing and you’ll be advised to think carefully about a design and choose a symbol that holds meaning for you. I’m glad I went for something that’s been part of my life since my early teens—and now, when I meet fellow Bond fans, they can demand that I prove my identity to them.

If you fancy something a little more obscure, here are a few ideas:

Thanks to RichardTheBruce on the MI6 Community forum, who hunted down every reference to tattooing in Bond for me.