This week’s exclusive interview is with Craig Cabell. Craig has written two books about Ian Fleming’s experiences during WW2, and discusses the influences of Dennis Wheatley and Peter Fleming, as well as his friendships with the late, great Sir Christopher Lee and Frederick Forsyth.

001. What drew you write about Ian Fleming, specifically his war-time years?

I found out about Fleming’s wartime experiences through my research into Dennis Wheatley. Wheatley was friends with Ian and his brother Peter, and some interesting information came up that was too wide to use in my Wheatley book. It built from there; but became much more interesting when I started researching the team of commandos he created, 30 Assault Unit.

Not much had been written about them before; but much since. I was called when they were making the movie Age of Heroes. They said that they used my book in research and wanted me to be the historical advisor and put together a documentary for the DVD; but this was the time of the volcanic ash incident, and much got compromised, and I was never given any credit and didn’t understand the film either.

002. You have written books about other masters of the thriller genre. The first is Frederick Forsyth (A Matter of Protocol, 2003). Can you tell us about any parallels you see between these Forsyth and Fleming, and did is Freddie have a view on Fleming?

I haven’t spoken to Freddie about Fleming. There wasn’t any need. I did speak to him about Dennis Wheatley because they had the same publisher in Hutchinson. Forsyth met him at a book launch as a young writer and was pleased to meet one of the great British writers. But Freddie created the Faction novel. Maybe there was a bit of Faction in Moonraker. It’s an intriguing book from that point of view, and one I rate highly in that respect. When I spoke to 30AU veterans about the search for V Rocket sites, which was not well documented in archive,  they said that it was very much a part of their work in Europe after D Day.

Wheatley was the catalyst for Fleming and Admiral Godfrey being in touch with Aleister Crowley, the so-called wickedest man in the world and an occultist. It is due to Crowley that authority was given to Hess’s flight to UK and his subsequent capture. Peter Fleming wrote a book called The Flying Visit, a satire of Hitler parachuting into England no one believing that it was him, so sending him back. Ian and Dennis used that book to lure Hess. It succeeded. They were shocked, Peter was outraged, and the media did make the connection between Peter’s novel and the real flying visit.

004. In your book (Ian Fleming’s Secret War, 2008) you discuss some fascinating insights into Fleming’s role as liaison between multiple departments including NID, SIS and SOE. How much of each department do you think he put into his novels?

Moonraker is the closest book to his wartime experiences and the work of 30AU. When I met the veterans they confirmed this. Fleming also placed some research to do with commando training in Live and Let Die. Apart from that, not much. The work he did was secret, and he had to be careful that he didn’t give anything away, even after the war.

005. You were lucky enough to interview the late, great Sir Christopher Lee for the aforementioned book. Can you tell us a little about that experience and his thoughts on his cousin Fleming?

Christopher was a great friend of mine. He admired Ian but found him very melancholy, as did Joan Bright Astley. Christopher was very secretive about his wartime experiences (SOE), but wasn’t over-flattering about his cousin.

006. Are there any other aspects of Fleming’s life you would still like to explore?

One would always want more about Hess. I think I’ve said more than a lot of people, but I had the pleasure of getting some first hand information from Joan Bright Astley, which was crucial; but more about that another day…

007. Are you a fan of Fleming’s James Bond novels or other works? 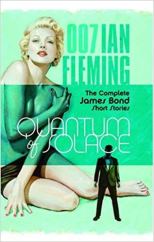 My favourite works of Fleming are Moonraker, Dr No and Thrilling Cities. Of course, for the latter book, you need the US edition to get the James Bond extra! I was also pleased that The Complete James Bond short stories was released not so long ago. Most people buy the hardback but it wasn’t the first version commercially available, there were two paperback versions beforehand.

I love the story From A View to a Kill; but the film, like Moonraker, is terrible. Although Bond is a brilliant example of great British movies, I do think they haven’t enhanced the reputation of the novels. That said, for me, Daniel Craig is the best Bond. He wants to get out and is indifferent to his boss, and that was Patrick Dalzel-Job to a tee. More than anyone else, he was the real Bond. Had to get back to his sweetheart directly after the war in order to marry her. That’s why Bond always races back to the girl in the stories. 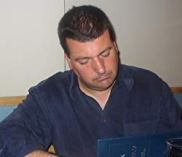 Craig Cabell was a freelance reporter for 20 years, working most notably for The Independent newspaper. He spent five years as a freelance music journalist and five years as an in-house reporter with the Ministry of Defence (MoD) House journal Focus. He went on to become the Small Arms desk officer of the Ministry of Defence,created the Sniper Pyramid and the industry group the Ballistic Toolkit, and also introduced the Nimbus Non-lethal Car Protection System into Iraq through the FCO. Diversely he also became an expert in rare books from Charles Dickens to Ian Rankin, and was a writer for Book and Magazine Collector for 20 years.

He is the author of over 50 books including biography, history, true crime and fiction.  His series of crime fiction novels featuring antiquarian book dealer Jason Maccleson include A Pharaoh s Last Secret and The Kennedy Assassins. For nearly 40 years, Craig studied the life and career of Horatio Nelson and spent some considerable time researching archive material in Portsmouth and Greenwich.