This is a tale from a bygone age, the 1960s. It almost certainly couldn’t happen today, as the components – cheap rents in Central London, relaxed working conditions and the buzz of excitement in the atmosphere, after the austerity of the post-war years, the emergence of pop music, rock’n’roll, discotheques and revolutionary new fashions were unique to the time; as was the abundance of young ladies, in the days before it was normal for them to go to university, working as secretaries and nurses and sharing crowded flats in South Kensington squares. If you found yourself at a loose end on Saturday evening, all you had to do was arm yourself with a Party Four (a four pint can of beer – Double Diamond), prowl the streets of South Ken and Earls Court until you heard the sound of loud music and then follow the crowd flocking in to what was almost always a great party. Young London was a small village in those days and everyone seemed to know everyone else or at least someone who knew someone else, so that groups overlapped and metamorphosed.

I arrived in London, from the country in 1961 and set up home with two chums from ArchitectureSchool in Cheltenham. This was a flat in Linden Gardens in Notting Hill Gate. We stayed here for a year, until one of my friends went off to Birmingham University to complete his studies. The other chap and I found a flat in Beaufort Street in Chelsea, where I stayed for two years with one change of personnel.Great times as the ‘Sixties’ were just starting to kick off. After a couple of years I started to think about a place on my own. Several of my chums had rather sordid ‘bed-sitters’ in Earls Court and Gloucester Road and not wishing to join them, I decided to search for something a bit more upmarket. I started off looking around Chelsea but everything was either too expensive or unsuitable in some way. I widened my horizons and even looked at a place in Darblay Street in Soho, which was OK but off my social scene.

One day I heard about a small flat in Clarges Street off Piccadilly and made an appointment to see it, one lunch-time. It was charming. A large square, high ceilinged room, panelled throughout in light hardwood with a small kitchen and bathroom, on the ground floor – but, at 11guineas (£11.55) a week, outside my budget. Walking back to work in a disappointed and preoccupied state of mind, I found myself in Green Street and attached to the railing outside No. 27 was an estate agent’s board announcing ‘Maisonette to Let’. Luckily my optimistic streak persuaded me to follow up on it. After registering my interest, I was asked to go to the house to meet the owner. This turned out to be the film director, Michael Winner’s father. He was a wonderful charming man and he and I seemed to hit it off immediately.

The flat turned out to be on the second and third floors and was enormous. It consisted of a huge Living Room, Dining Room, Kitchen and large hallway on the lower floor with a staircase up to the upper floor landing and two single bedrooms, a double bedroom with en-suite bathroom and a second bathroom. The rent was an amazing £19 (or guineas) a week. I told Mr. Winner I was interested as I felt sure that, abandoning my ideas about solitary living, I would be able to fill it up. He said he had a few other people to see and would let me know. Soon afterwards I got a call to say that Mr. Winner would be happy for me to take the place – so I was faced with having to sign a lease at £19 a week (two thirds of a week’s net income) and the urgent need to find some cohabitees.

One of my Earls Court friends was keen, a German commodity broker came aboard and a fellow architect chum and his live-in girlfriend were also keen, so the man from Earls Court and the German were allocated the two single rooms, the happy couple got the double bedroom and I converted the Dining Room into very acceptable bedroom for myself; we seldom ate in and when we did the kitchen was fine. In the late Summer of 1964 we moved in. It was shortly after the death of Ian Fleming (the shocking news was announced on Evening Standard bill-boards all over London) but at the time I didn’t know of the Green Street connection. The tenant below us was an extremely glamorous young lady who we got to know quite well and the basement was occupied by the housekeeper who looked after the common parts and fortunately, for a small sum, was prepared to clean for us (and to let us in when we forgot or lost our keys).

Anyway, I lived there for five years – 1964-1969, when a kind young lady responded positively to my plea for her hand in marriage. We moved to a flat in Oxford Street, directly opposite the old Academy Cinema and I passed on the lease to an old friend who was already living there. He ran the joint for a while and then passed the lease on to someone else I knew. So I kept in touch for a while with occasional visits which petered out when children started to arrive in 1972 and we moved to Richmond; my salad days were over. My days in Green Street were great fun. The Beatles had briefly lived in a flat at 57, the previous year and Cubby Brocolli lived in a grand mansion across the road, which was also the headquarters of Eon films. 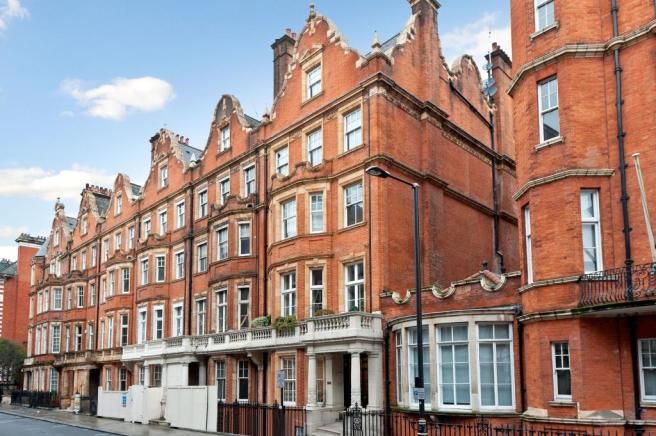 Mr. Winner’s son used the flat as a location for two of his films, while I was there – ‘I’ll Never forget Whats’is name’ and ‘The Games’. Each time the flat was redecorated in grand style and because they needed to start shooting early, Michael sent us off each day to breakfast at the Hilton in Park Lane. Sometimes we had steak! My Earls Court buddy, a serious(and bad) gambler, with constant money problems, moonlighted as evening barman at the Nags Head, in Kinnerton Street, Knightsbridge which for several years was the central gathering point for my clan. This was owned by the famous ex-cab driver and pugilist, Len Cole (and indeed, the pub was known to the cognoscenti as ‘Len Cole’s’).

My pal sometimes took his pay partly in quarter bottles of Champagne which he and I would have for breakfast before setting off for work (fortunately five minutes up the road). When he needed a stand-in I took over and I used the money I was paid to improve and continue my hard back Bond collection. One of the books I bought, in 1966, was John Pearson’s ‘Life of Ian Fleming’ and you can imagine my astonishment at finding, at the end of Chapter One, that I was living in the birthplace of one of my favourite authors. In those days a typical evening would start at 5.35, a big crowd straight from work in The George, in Great Portland Street or The Phoenix in Cavendish Square, for a couple of pints and then on to the Nags Head for supper (typically Len Cole’s notorious shepherd’s pie and beans) and a few more pints, unless you were fortunate enough to have a girl in tow, in which case skip the Shepherds Pie and move on to dinner at one of the many bistros around Knightsbridge and Kensington (Bistro d’Agran, Luba’s Bistro, Bistro Vino or the wonderful Fiddlers Three in Beauchamp Place. Borsch ‘n’ Tears run by Benny from his prison cell was also in Beauchamp Place.)

If you were still hungry after leaving the Nag’s Head you could always get a Steak & Kidney Pie at the cabman’s shelter in Knightsbridge at any time of night. From time to time, after the pub or bistro we would go on to one of the discotheques we frequented Helen Cordet’s Saddle Room, John Mills’s Garrison or one in Conduit Street whose name I have forgotten. The Krays ran Esmeralda’s Barn, a nightclub (in a barn-like building) next to St. Paul’s Church just around the corner and they often visited the Nag’s Head. There are many stories I could tell, but enough is enough. Those days came to an end, as I have described – and it is just as well that they did, or I might not be here to tell the tale. I lost touch, eventually, with my heirs at 27 Green Street, so I’m afraid I cannot tell you how the story ends…

One thought on “Memories of 27 Green Street: The Birthplace of Ian Fleming”