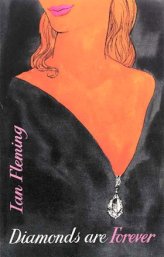 To mark the 60th anniversary of the publication of Ian Fleming’s Diamonds Are Forever (and 45th birthday of the film version) a panel discussion will be held on the novel/film for the SAMLA conference held in Jacksonville, Florida from Nov 4-6 2016.

Following the all-English setting of Moonraker (the third Bond novel), Fleming sought to attract readers by setting Diamonds in far-flung locations, including the United States (New York and Las Vegas), and Africa (the borders of French Guinea, Sierra Leone, and Liberia). This panel welcomes paper proposals on any aspect of Diamonds Are Forever, the novel and/or film adaptation, including topics such as: