Today marks what would be Ian Fleming’s 107th birthday and it could not be more fitting than for Ian Fleming Publications in conjunction with Orion Publishing, to announce the title of the new James Bond continuation novel – Trigger Mortis! The author, as we know, is Anthony Horowitz and he divulged some key intel about the book, which has literary Bond lovers in a state of excitement.

What’s in a title? It can be a little or a lot. ‘Trigger Mortis’ can be translated as ‘Trigger of Death’, which does’t get more Bondian. But that’s perhaps too obvious. The play on words provides a bit more debate, which might have been the idea. It feels a bit more pulpy to me, which could be a nod – a tribute even – to Fleming’s own spy thriller influences of the 40s and 50s. These included Raymond Chandler, Eric Ambler, Mickey Spillane and Rex Stout’s ‘Nero Wolfe’ series – one of Fleming’s (and M’s) favourite pulp writers. In fact, this is not the first time that Trigger Mortis has been used for a book title…

Frank Kane‘s 1958 pulp thriller Trigger Mortis was the story of a Manhattan private eye Johnny Liddell. We know Bond was prone to reading pulp thrillers in his down time. Is this one of the ones he reads while off duty?

“Trigger”. Where have we heard that name before? Could it be a reference to the female KGB assassin codenamed ‘Trigger’ in The Living Daylights? Could the new character just reported Jai Seung Sin – “a sadistic, scheming Korean adversary hell-bent on vengeance”  – be the assassin with the trigger finger? Could he be related to Oddjob? The title is really all just foreplay, since it will be between the covers that matters.

The first piece of key intelligence that came out earlier in the year, was that Mr. Horowitz had been given secret access to a Fleming plot from an unmade episode of a television series called ‘Murder on Wheels‘. This, we now know according to the official website:

The story begins in the lethal world of Grand Prix and an attempt by the Russians to sabotage a race at Nürburgring, the most dangerous track in Europe. Bond is in the driving seat but events swiftly take an unexpected turn, pitching him into an entirely different race with implications that could change the world. 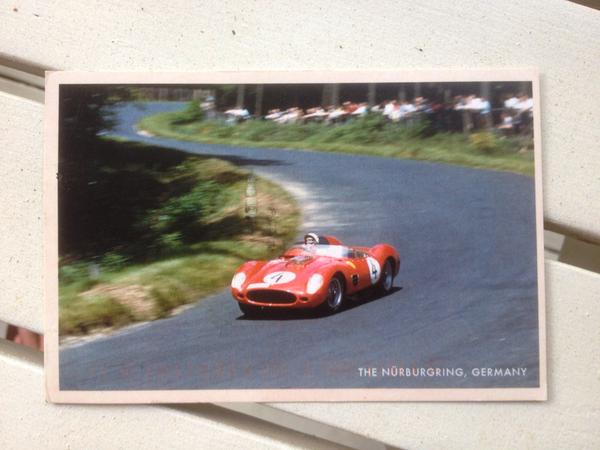 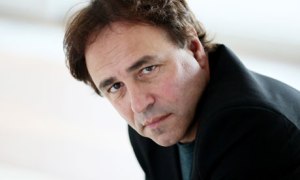 Whether there will be lines written verbatim from Fleming remains to be seen, but the mere fact that this is new original Fleming material in a Bond novel, is akin to finding a lost Beatles song in your grandfather’s cassette collection! Part of this story sees James Bond “called into M’s office for a mission to make sure that a Russian plot to sabotage Sir Stirling Moss is intercepted.” Poor old Stirling, what did he ever do? Mr. Horowitz is not just stepping into Fleming’s shoes, but going off to work in them. I love his confidence, but this is his book, as all the best continuation novels should be. Trying to ape Fleming is a mug’s game – it’s the sprit of Fleming and Bond which counts.

Perhaps Mr. Horowitz thought it more thrilling to take a seat at Fleming’s table than find yourself on the menu?

In the broader narrative, we are told that this new adventure begins in 1957, two weeks after the events of Fleming’s Goldfinger, “placing Bond in the middle of the Soviet-American Space Race as the United States prepares for a critical rocket launch”; if you are going to drop yourself into a point in time in Fleming’s Bond, where better to start? We’re deep into 1950s Cold War tension. It’s an established fact that Mr. Horowitz’s favorite Bond novel is Goldfinger and it stands to reason that he knows it the best; so context and continuity should not be an issue for him.

“It was always my intention to go back to the true Bond, which is to say, the Bond that Fleming created and it was a fantastic bonus having some original, unseen material from the master to launch my story. I was so glad that I was allowed to set the book two weeks after my favourite Bond novel, Goldfinger.”

Another significant plot reprisal is the Soviet counterintelligence agency SMERSH. In Goldfinger, the only mention of SMERSH was that Auric Goldfinger was the treasurer! And by 1960 after SMERSH had been disbanded for a few years by the Soviet Premier Nikita Khrushchev, Fleming invented his own criminal organization SPECTRE, so he could develop that as he pleased, beginning with Thunderball. SMERSH had disappeared with a whimper – not a fitting end to one of the most deadly and cruel organizations in espionage history. Mr. Horowitz may just fix this.

As for locations, the three mystery postcards sent to a lucky few, may be an indication: London, Germany and New York. Many have been clamoring for more 007 in New York… 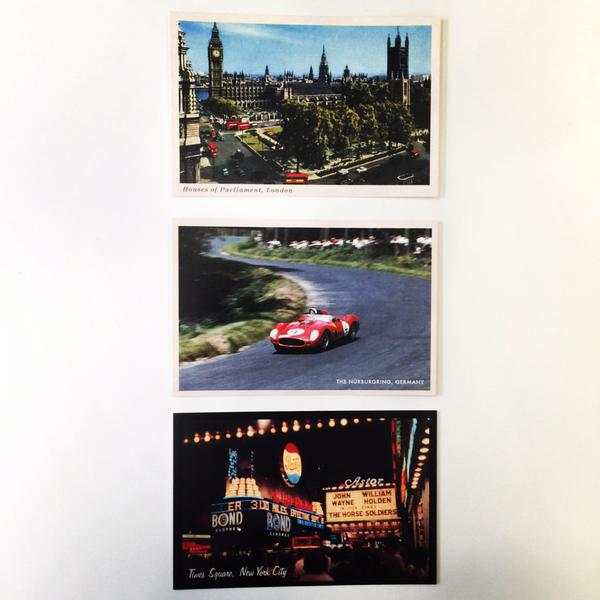 The big news here is the return of Pussy Galore. Easily one of Fleming’s toughest, iconic and shall we say complex characters; she is the lesbian head of an all-girl motorcycle gang, who is immune to Bond’s charms until it all proved too much and she couldn’t resist him.

There are also a brand new Bond Girl: Jeopardy Lane. Will she be a love rival to Pussy or will she take the reins and help Bond on this mission? She has tough competition.

I’m delighted that Pussy Galore is back! It was great fun revisiting the most famous Bond Girl of all – although she is by no means the only dangerous lady in Trigger Mortis. I hope fans enjoy it. My aim was to make this the most authentic James Bond novel anyone could have written.”

The rich legacy of James Bond book covers (or dust jackets) is a major part of the feel of a book and not least the marketing. So far, we have seen two covers – the US and UK, which are strikingly dissimilar. The UK edition shows a schematic diagram of a rocket with technical font, which speaks directly to the plot. It evokes the grayness of the Cold War and is entirely different from the ‘typical’ Bond jacket. If this was the experiment, then the US cover plays it safe with more customary Bond images of a Martini, dinner jacket, cigarette smoke and a female silhouette. Given the popularity of the Bond films in the States, perhaps a smart move. If more movie Bond fans that can be encouraged to pick up the books, the better. Maybe some of Mr. Horowitz’s Sherlock Holmes, Moriarty and Alex Rider fans will come along for the ride too? 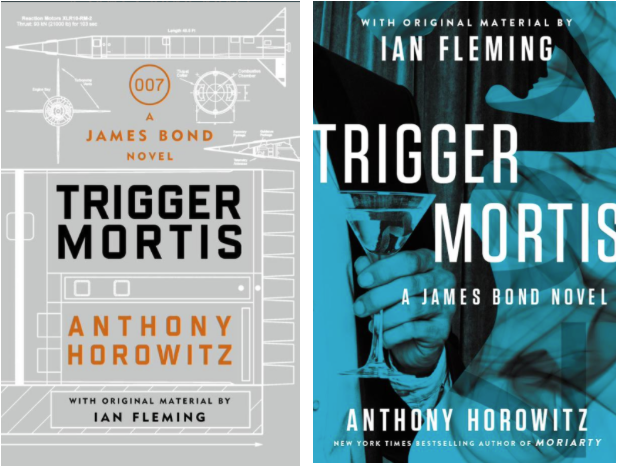 The U.K and U.S Editons of ‘Trigger Mortis’

Yet, the most significant and welcome image I have seen, is the image of a skull on the interior cloth board. A clear nod to Richard Chopping‘s iconic dust jacket for Goldfinger, which he said was his favourite. A nice tribute to a man that was hugely important to Ian Fleming and the novels.

In conclusion, all the ingredients are there – but will it be a gourmet meal? Like Sir Stirling Moss himself, Mr. Horowitz is no novice driver and has racked up many wins in his illustrious career. Us literary Bond fans, we’ll be along with him for the ride. We’re under starter’s orders and await the green light on September 8th.

Talk of Goldfinger: From the Sublime to the Ridiculous