As a general rule, I try to refrain from reading the comments on my articles. But, since I am a glutton for punishment, I read ever single comment that was posted to my last piece in The Atlantic (“James Bond’s World War I Origins,” March 12, 2014). One negative comment stood out among the rest, and for the sake of journalistic thoroughness and a malevolent sense of schadenfreude, I hereby quote the little nasty in full:

James Bond novels have nothing to do with spies or spying. The inspiration for Ian Fleming was not spies, but the lazy unlimited expense account nightlife Fleming got to experience during World War II working in Special Operations. During the war, those organizations and no accountability and near unlimited budgets. They employed amaturish [sic] otherwise useless member [sic]of the upper classes in a variety of generally useless tasks.

His first book, Casino Royale, always seemed like it was the adult adventures of a British Boarding School bully. Two rich guys play cards while bond [sic]runs through an utterly disposable woman. 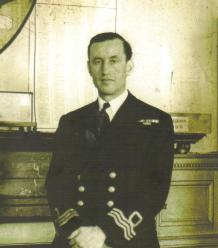 Besides the horrible spelling and the overall air of pettiness, this comment exposes something fairly profound: people actually love to loathe both Ian Fleming and James Bond. As I detailed in my very first article for Artistic Licensed Renewed (“In Defense of Ian Fleming,” January 15, 2014), Fleming and his hero are routinely vilified as peddlers of society’s most egregious sins: racism, sexism, homophobia, xenophobia, and quite possibly lutraphobia. All too often Bond, Fleming, and the entire apparatus of British intelligence are pegged as an exclusive boy’s club wherein gin and jollity go hand-in-hand with the serious task of keeping the nation safe.

As such, Fleming, who really did serve his country during World War II as Lieutenant Commander Fleming in the Special Branch of the RNVR (Royal Navy Volunteer Reserve), is held up for scrutiny by amateur and professional historians alike. After all, it is interesting to see how much Fleming did know about the real work of espionage. Was he just a dabbler, or did Mr. Fleming remain wet whilst doing “wetwork?” For the commentator quoted above, the answer seems to be that Fleming was a overprivileged bureaucrat who got fat off of government money while others did the dirty jobs in the field. Making matters worse, Fleming was a well-off Etonian, and in the eyes of many pseduo-Marxists, this damns him as a playboy playing sailor.

The truth, as usual, lies somewhere in the gray between, and Nicholas Rankin’s Ian Fleming’s Commandos: The Story of the Legendary 30 Assault Unit, which was published in 2011, tries to once and for all detail the real history of Fleming’s war-time service. A warning: for those looking to purchase an Ian Fleming-heavy book about the author’s little piece of World War II, then this is probably not what you’re looking for. Rankin, a writer with over 20 years of experience working for the BBC, is mostly concerned with writing a fairly comprehensive snapshot of the exploits of 30AU – one of Great Britain’s most laureled special units of the conflict. Although Ian Fleming’s Commandos is distributed by Oxford University Press, Rankin’s book is not a scholarly tract replete with occult language or pedantic references to this or that theorist.

Rankin’s book is also light on Fleming. Despite appearing in the Prologue and intermittently appearing throughout with either a remark or an experience that somehow foreshadows his later career as a famous novelist, Fleming mostly keeps to the background in the very book that bears his name. Some of this of course is due to the nature of Fleming’s war-time position. Unlike Bond, Fleming was not a fighting man and probably only carried a gun once or twice. For the most part, Fleming was a coordinator, a secretary, and an “idea man” who put things in motion. 30AU, which was conceived of as the British answer to the Italian Decima Flottiglia Mezzi d’Assalto (better known as the “Frogmen”) and the German Abwehr, was Fleming’s baby.

During the early stages of the war, Rankin paints in excruciating detail just how superior the Germans were in terms of technology, intelligence, and cryptography. In order to offset this advantage, 30AU was born in order to “pinch” enemy documents, especially those that gave clues towards breaking the “Enigma” encryption system of the Kriegsmarine. In order to achieve this, along with Churchill’s desire to create an elite force capable of completing “target exploitation” missions in occupied territory, the hand-picked men of 30 AU not only underwent rigorous training in the misty hills of Scotland, but they were also thrown into the fire almost immediately in places such as Norway, Algeria, and, most disastrous of all, Dieppe.

In that botched invasion of northern France, Fleming got as close to battle as he ever would during the war. In the very first chapter, Rankin describes how the aristocratic and gaunt Fleming had to watch in horror as British and Canadian troops came under intense German air and shore fire. On that grim day in August 1942, the Canadian army lost more men to German POW camps than it would during the entirety of the post-D-Day campaign towards Germany between 1944 and 1945. Fleming would not set foot on another battle zone until 1944, when he supposedly upbraided Lieutenant Colonel Arthur Woolley for flippantly referring to British casualties as “light” following the taking of the Norman town of Carteret. (In a different view, Lieutenant Commander A.C. “Tony” Hugill described Fleming as disliked by the officers and enlisted men alike, and in his initial account of Fleming’s visit, Hugill calls him “one of those superior professorial type RNVRs who got their claws into Their Lordships early in the war and have kept them in ever since.”)

For the remainder of Rankin’s electrifying book, Fleming is either at Bletchley Park or flying to some conference in either Jamaica or Australia. In the field, the tough men of the 30AU were busy fighting the conspiratorial and cynical Vichy French in North Africa, the frequently lackluster Italians, and the dug-in and determined Germans. Along the way, 30AU received help from allies in the British SAS and SBS and the American OSS (there existed a simmering rivalry between all parties concerned). After 1941, the British commandos started receiving material support and manpower resources from the increasingly powerful Americans, especially the American navy. But, as Rankin tells it, the Americans frequently muddled things, from accidentally shooting local informers to acting like china shop bulls in French and Belgian towns. If nothing else, Ian Fleming’s Commandos is a decidedly British-centric account of the Western Front, and as part of this the Americans show up as often undisciplined, hillbilly roustabouts (the swaggering and at one point anti-Semitic General Patton is used as an American caricature), while the Soviets linger in the east as threatening monsters who seek to replace the Nazis after 1945 created an employment opportunity for Muscovite savagery in Mitteleuropa.

Even though victory in Europe was a combined effort, the best passages of Ian Fleming’s Commandos are when the Brits go it alone. In the book’s tenth chapter, Rankin lovingly narrates the Aegean operations of 1943, which saw British troops and their South African, Greek, Polish, and Italian allies creating havoc for the German and Italian Fascist troops stationed on the Dodecanese Islands. After Italy’s capitulation in 1943 and the subsequent German invasion, Churchill and other British leaders thought it important to secure a foothold in the Aegean against f 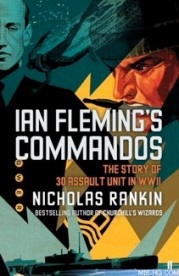 urther German gains in the Mediterranean. Ultimately, the three-month campaign was marked up as a victory for the Germans, but it came at a steep cost. Like the earlier Battle of Crete, the Dodecanese Campaign proved that the Germans weren’t impervious to defeat and that if given enough time, British special operators could bring down entire German regiments stationed in the out-of-the-way pockets in Europe.

While Ian Fleming’s Commandos should not be mandatory for anyone’s Fleming-themed library, it is however a fine read and a wonderful story about 30AU. Rankin expertly tells his tale, and even though his narrative at times gets bogged down by the details, Ian Fleming’s Commandos is an enjoyable read brimming with tributes to the lesser-known lights of British intelligence. A cynic could say that the book is only titled Ian Fleming’s Commandos in order to cash-in on the lucrative James Bond trade, but as Rankin himself outlines in the book, there would have been no 30AU without Fleming, and without 30AU, there may have never been a Bond.

Review of Ian Fleming’s Commandos by William Boyd (The Guardian)