There is much more focus on Ann Fleming these days with the airing of the BBC series ‘Fleming’, with Ann portrayed by Lara Pulver. It’s probably time, that Ann got a fair crack at the whip so to speak, but we shall see how accurately this turns out to be.

To really get an insight into Ann’s life pre, during and post Ian Fleming, you have to begin with Mark Amory’s excellent ‘The Letters of Ann Fleming‘ published in 1985. Amory – a good friend to Ann – admits that a full biography would have been overkill and that the hundreds of letters themselves provided the enough of a narrative. Ann’s circle of friends were a who’s who of English society; Ann herself a frequent hostess much to the chagrin of Ian, who grew tired and perhaps felt intimidated by the intellectual snobbery of the English literary. She was on first name terms with Winston Churchill and went on holiday with Graham Greene, partied with Cyril Connolly, Cecil Beaton and Hugh Gaitskell (who was also Ann Fleming’s lover).

Amongst those was Ann’s most prolific pen-pal partner, the writer Evelyn Waugh – who wrote Brideshead Revisited –  and through these we get to see Ann from all sides; witty, scathing, tender, nosy. She also corresponded with Patrick Leigh-Fermor, Somerset Maugham and Lady Diana Cooper from various locations including Victoria Square, Sevenhampton, St. Margaret in Kent and Goldeneye. Maugham in fact, was one of Ian’s idols and one can only suspect, whether there was some jealousy of Ann commanding so much attention from the literati ? 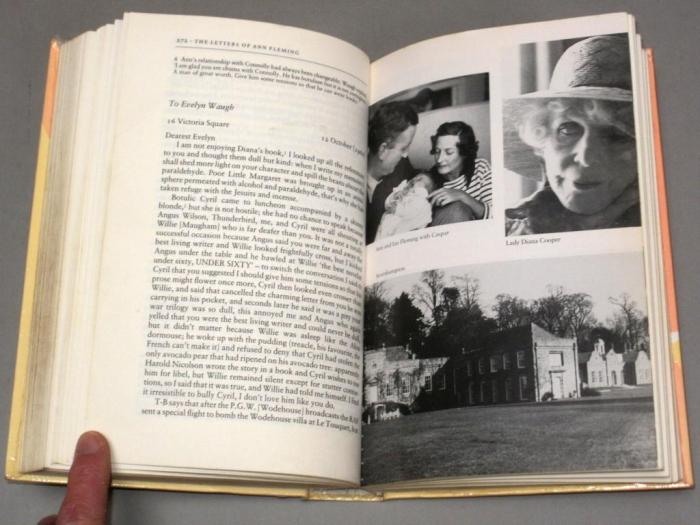 Much has been made of Ann and Ian’s tumultuous, adulterous and exaggerated sado-masochistic relationship, but as these letters show, there was a deep love and admiration between the two. In the late 1950s, the letters between Ian and Ann were gushing; almost like high school teenagers: 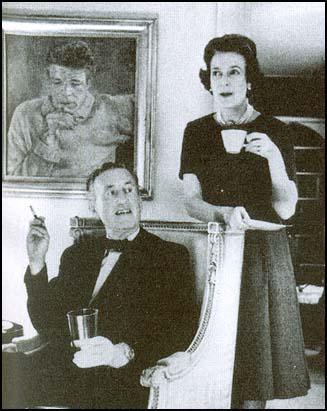 ‘It was horrible leaving the square. I said goodbye 3 times to your room and stole the photo of you and Caspar’

‘I have anguished moments at not being with you, the detail of our wonderful lives at Goldeneye suddenly became painfully vivid.’

Ann’s inner circle was a who’s who of Despite the friction between the pair’s social circles, there was plenty of shared friends including Noel Coward, Truman Capote and Francis Bacon. A party she wholeheartedly encouraged:

‘I do love the thought of you and Truman resting together. Goldeneye was the last heterosexual household. What will its reputation be now!’

The cracks really only appeared in the early 60s as James Bond was blowing up, Ian’s health was failing and there was trouble with their only son, Caspar who committed suicide in 1975. 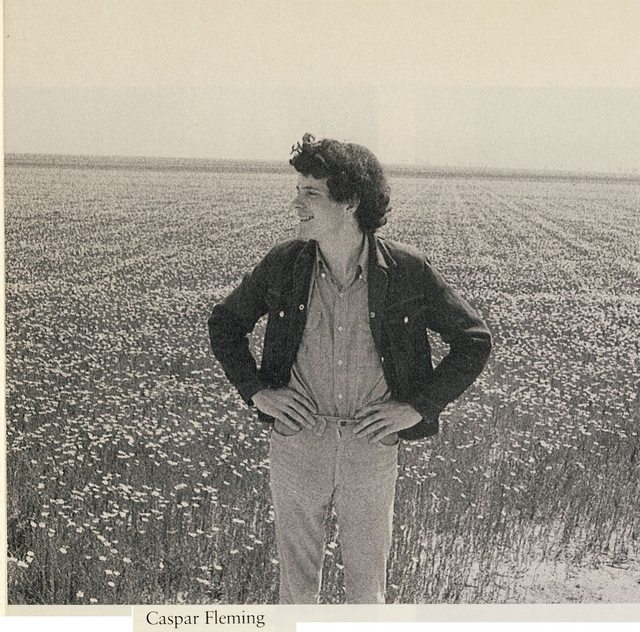 ‘There is so little to be said – or so much. The arguments we have had over the years, our different points of view, are stale – however valid they may be on one side or another’ 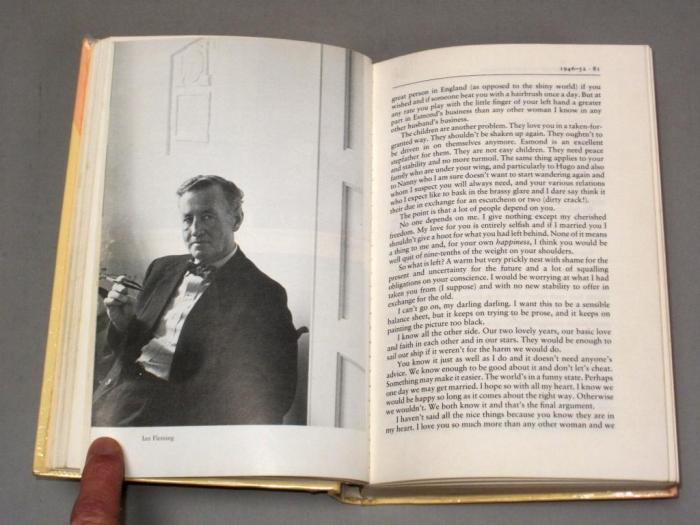 After Caspar’s death, she struggled with alcohol and sparred with Glidrose over the Ian’s legacy; particularly over the choice of Kingsley Amis to write the continuation book – Colonel Sun.

‘Though I do not admire Bond, he was Ian’s creation and should not be commercialized to this extent.’

‘Since the exploiters hope Colonel Sun will be the first of a new and successful series, they may find themselves exploited. Amis will slip Lucky Jim into Bond’s clothing, we shall have a petit bourgeois red-brick Bond, he will resent the authority of M., then the discipline of the Secret Service, and end as Philby Bond selling his country to SPECTRE.’

Clearly his politics did not agree with Ann but Amis could not care less. Lara Pulver, who played Ann in Sky’s The Man Who Would Be Bond said of Ann that she:

“thrived on the challenge and dysfunction. But it’s so, so sad because when Fleming and she were separated for a time when he was stationed in New York, their love letters were beautiful. When you get those moments of authenticity between them, it’s a really genuine love. I think sometimes the wounds that they carry just get in the way.”

Buy ‘The Letters of Ann Fleming’ by Mark Amory

4 thoughts on “The Letters of Ann Fleming”