Fleming is famous the world over for his writing, and there is increasing appreciation of his experiences during the Second World War. Fleming’s interest in books, however, is not so widely known, despite his listing of ‘first edition collecting’ under ‘Recreations’ in Who’s Who, and his founding of The Book Collector journal.

Given what must have been a vast, varied collection, selecting ten of Fleming favourite books from his library is an impossible task. That is not to say that such a list should not be attempted. We know which books he particularly admired, and clues for others are offered by his writing, interviews and other sources. As with any subjective list, my selection is unlikely to receive universal agreement, but I think it fairly reflects Fleming’s interest in ideas and knowledge and the sources of inspiration that ‘started something’ of his own – the adventures of James Bond.

War and Peace must be at the top of Fleming’s list. Fleming chose the book to take to his hypothetical desert island when he appeared on the BBC’s long-running radio series, ‘Desert Island Discs’ on 5th August 1963. Alas no complete recording of the broadcast survives, and so we cannot be sure why Fleming chose the book. It may have been his favourite book, but then again, he may have intended it as a joke: a book with hundreds of pages has its uses on a desert island in other ways. Nevertheless, the book has significance for Fleming, as he referred to the book in From Russia, with Love. It is carried by SMERSH agent Donald ‘Red’ Grant and conceals a gun.

No list would be complete without including the book that gave Fleming’s creation his name. Searching for a dull, flat name for his hero, he noticed his copy of the guidebook and the rest, as they say, is history. In interviews Fleming referred to the book (his copy was a 1947 Macmillan edition) as his bible, and undoubtedly it was well thumbed as he attempted to identify the birds he saw around his Jamaican home, Goldeneye. Fleming’s interest in birds is also reflected in his books. A pair of Greater Antillean grackles, or kling-klings, have an explosive role in The Man with the Golden Gun, the short story, ‘For Your Eyes Only‘, starts with a description of the doctor bird, or streamertail, a type of hummingbird, and Live and Let Die‘s Solitaire is named after the rufous-throated solitaire, a thrush that frequented the country.

Jacques-Yves Cousteau and Frédéric Dumas, The Silent World: A story of undersea discovery and adventure (1953)

In April 1953, on the eve of the publication of Casino Royale, Ian Fleming was in Marseilles to report on Jacques-Yves Cousteau’s underwater investigation of two ancient wrecks near the island of Grand Congloué. Cousteau and Fleming had met earlier that year at a party given by Cousteau’s British publisher, Hamish Hamilton, which had just published Cousteau’s book, The Silent World. The two formed an instant friendship, and when Cousteau invited Fleming to see his work in Marseilles, Fleming jumped at the chance. Even before they met, Fleming was well aware of Cousteau’s work – Fleming referred to the explorer in Live and Let Die – and some ten years later, in Thrilling Cities (1963), Fleming described Cousteau as ‘one of my heroes’. The Silent World certainly deserves to be in this list.

This book was first published in 1933, but then went out of print and was forgotten. An appeal in The Times Literary Supplement in 1961 to resurrect once well-loved books that been lost from cultural consciousness was answered by Ian Fleming, who persuaded Jonathan Cape to republish the book. In his introduction to the reissue (1963), Fleming repeated the words of a reviewer of the original publication that the novel was ‘a little masterpiece’, and described it as poignant and the words beautiful.

Any Chandler could have made this list, but as Chandler’s most celebrated work, The Big Sleep takes the honour here. Raymond Chandler was another of Ian Fleming’s heroes. The two novelists first met at a dinner party in 1955, and met or corresponded regular afterwards until 1958 (Chandler died in 1959). Fleming was thrilled by Chandler’s review of Diamonds are Forever, and looked up to Chandler as the master thriller-writer. Fleming admitted that he was considerably influenced by Raymond Chandler. With their quick pace, flashes of violence, and spare prose, the Bond books could be described as a British version of American ‘hard-boiled’ fiction. Chandler unwittingly may even have given Fleming some plot details: the notions of brainwashing, vomiting after being struck on the head, and the hero marrying all appeared in Fleming’s novels after Chandler had mentioned them during his conversation with Fleming in a BBC radio broadcast in 1958.

James Bond may be part Philip Marlowe, but his adventures also owe much to the authors Fleming read as a child, among them E Philips Oppenheim, John Buchan, Erskine Childers, and Sax Rohmer. During his 1958 conversation with Raymond Chandler, Fleming said that he “was brought up on Dr Fu Manchu”, and in a 1963 interview cited Sax Rohmer as an influence on his own writing. The first Dr Fu-Manchu novel is listed here in acknowledgement of its author’s influence, and its role in introducing Fleming to escapist, thrilling fiction.

In an address given at the memorial service to Ian Fleming on 15th September 1964, William Plomer, Fleming’s literary editor, referred to a book that Fleming read while at Eton and greatly appreciated. The book was by “a then unknown writer – a book which in its season was probably an outstanding worst-seller, but which turned out to have a lasting influence.” Plomer did not name the author, but the book is almost certainly his own début novel, which was set in South Africa and concerned interracial love. Fleming was so impressed with the novel that he wrote an admiring letter to Plomer, who was at the time living in Japan. Read more on Turbott Wolfe’s influence on Ian Fleming

British novelist Geoffrey Household’s second book (though his first for adults) is a curious thriller of two parallel lives – one of Spanish revolutionary who helps derail a train containing gold bars and coins, the other of a toy salesman in London – that come together in a plot to locate the gold and establish an idealistic community in Mexico. Ian Fleming read the book and enjoyed it so much that he distributed copies to at least six friends during Christmas 1937.

Patrick Leigh Fermor, The Traveller’s Tree: A Journey through the Caribbean Islands (1950)

Patrick Leigh Fermor met Ann and Ian Fleming at Goldeneye in 1948 while he was researching his travel book. Fermor mentioned Commander Ian Fleming in the chapter on Jamaica and described Goldeneye “as a model for new houses in the tropics.” Fermor was rewarded by a generous plug in Live and Let Die. Fleming called The Traveller’s Tree an ‘extraordinary book’ and quoted a long passage about Voodooism in Haiti.

Charles Darwin, On the Origin of Species (1859)

The final book in Fleming’s top ten has to be taken from his collection of books that “started something” or “made things happen”. The collection was assembled by his friend, the bookseller Percy Muir, and reflected Fleming’s interest in ideas, great discoveries, inventions, and scientific theories. Over the years, Fleming became disinterested in the collection, although he housed each book in black buckram box, and was thrilled to be invited to sit on the committee of honour of the ‘Printing and the Mind of Man’ exhibition in London in 1963, to which he had contributed forty-four books from his collection. Charles Darwin’s seminal work listed here was one of the first books that Percy Muir acquired for Fleming. 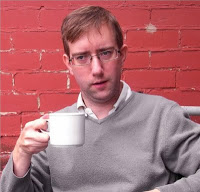 Edward Biddulph is the author of ‘James Bond memes’, a blog which examines Fleming’s writing, the Bond films and the Bond phenomenon. He is also the author of Licence to Cook, a James Bond cookbook, as well as a number of Bond-related articles. Edward is an archaeologist based in Oxford, UK, and has several academic papers and monographs to his name.