The James Bond universe is greater than you might think. Even if you have seen all the movies and devoured Ian Fleming’s books, there is much more to discover about 007. In his new book, Mark Edlitz talks to us about the Bond adventures that have been “lost” or unmade, out-of-print, or forgotten by even the most dedicated Bond fan.

Tell us about your new book.

My book THE LOST ADVENTURES OF JAMES BOND covers unmade, out of print, and forgotten Bond stories from books to film, television, radio dramas, comics, and video games.

Could you tell us about Raymond Benson’s involvement in the book?

Raymond Benson is a hero of mine and much of the Bond fan community. Benson started out as one of us and then he wrote The James Bond Bedside Companion, one of the most important books on the James Bond phenomenon. But because Benson knows Bond, he also wrote six Bond novels, three novelizations, and three short stories, as well as computer and role-playing games. Benson was kind enough to submit to an interview and answer my questions about them. I also asked him about the play version of Casino Royale. I’ve always been fascinated about it and I was able to speak to him about it. Benson describes the play and his vision for the production.

You devote a chapter to The Adventures of James Bond Junior: 003 1/2. Could you expand on the curious history of this book?

The Adventures of James Bond Junior: 003 ½ was the first spin-off book. James Bond Junior was about 007’s nephew. R.D. Mascott is the writer who is the credited author. However, Mascott is a pseudonym. The author’s true identity has never been publicly confirmed. So people have speculated that Roald Dahl was the author. You can make a decent case for Dahl. After all, he was a popular children’s author and he wrote the screenplay to the film You Only Live Twice. Other people speculate that it’s another author named Arthur Calder-Marshall. I’m happy to report that I have researched the matter and have finally solved the mystery!

How do the Bond novelizations fit in the Bond canon?

Speaking of 007’s nephew, there was a television series called James Bond Jr. It was an animated series and it lasted 65 episodes. When James Bond Jr. first aired there was a robust marketing effort that included action figures, video games, comics, and books. John Peel wrote six novelizations of the series. I tracked down Peel and interviewed him about writing those six books.

What about the Find Your Fate series?

There were four Find Your Fate books, which were written released in conjunction with Roger Moore’s last Bond film A View to a Kill. Three of the stories hew closely to the film. But one of them is an original story. Goosebumps creator R.L. Stine wrote one of them. I conducted a brief interview with him about it.

The Find Your Fate series was an interactive gamebook. It was a Choose Your Adventure-style form of storytelling where the reader would determine what happens next. If the reader wants Bond to stay and fight they turn to page 14 and if they want him to run away they turn to page 77. What’s interesting about them is that depending on what choice the reader makes, Bond can die in the story. Actually die. In different books, 007 gets blown up, burnt my lava, and drowned. Reading about Bond’s repeated death was a thing to behold.

What about As Good as Gold?

As Good as Gold is another interactive gamebook that was written by Dave Morris. But this one book about James Bond Jr. and not 007. I interviewed Morris about writing it. What’s fun about As Good as Gold is that unlike the other James Bond Jr novelizations, 007 actually makes a guest appearance. However, 007 was not allowed to appear in the cartoon on which the book was based. So when Morris wrote 007 into the plot, he didn’t know he was breaking one of the show’s cardinal rules.

Could you tell us about the history of Bond in comics?

Bond historian Alan J. Porter has observed that there are more Bond stories in comic form than there are in any other medium. If you combine, the novels, the films, and even the animated series, you still would not reach the number of original and adapted Bond comic titles.

However, many of those comics are out of print or in foreign languages. For instance, a Chilean publisher created 59 Bond comics. Some of those stories are adaptations but there are many more that are original stories. They have fun art that features Sean Connery’s likeness. So you get to see Connery in adventures that are more closely associated with other actors. You get to see what Connery would be like in Moonraker.

The Zig-Zag stories are also eye-catching. In one story, Bond joins up with a group of crooks who dress up like bees and fly around in jet-packs. In another, he faces off with a Yetti, a bigfoot-esque creature. Bond purists might raise an eyebrow, but the Zig-Zag comics are tremendous fun. I interviewed German Gabler, who wrote most of the 59 stories and who illustrated many of them.

Bond comics also have a history of publication problems. Dynamite published a number of Bond comics in the 80s. They published some really strong stories like A Silent Armageddon and Shattered Helix. However, only two of the four planned issues of Silent Armagedon were ever produced. So readers were left wondering what happened. I interviewed Simon Jowett who explained it all. I also interviewed comic book writer Das Petrou about his unfinished Bond comics. I hope it gives readers some sense of closure and a little insight into the process of writing a Bond comic.

What else can literary Bond fans glean from this book? 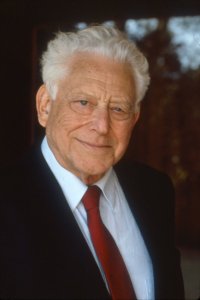 Richard Maibaum’s influence on the impact of the franchise can’t be overstated. I interviewed Bruce Feirstein for my previous book The Many Lives of James Bond and Feirstein said that if there was a Mount Rushmore for Bond, then Maibaum needed to be on it. Anyway, Maibaum penned a series of essays about writing Bond movie.  When I was researching Dalton’s lost Bond films, I came across them. In them, Maibaum describes his approach to the character and the series and his writing habits.

What’s in the appendix?

There are three. One is a list of every actor who has played Bond. I identity 34. The second appendix is the complete treatment of a lost James Bond comic. The third is my attempt to list every English-language Bond story.  In addition to films and video games, I tried to capture all the Bond books, short stories, novelizations, and comics.

I hope your readers are curious about THE LOST ADVENTURES OF JAMES BOND. The book is meant to give them a taste of “what might have been.” If they pick up a copy, I hope they enjoy it!

Buy THE LOST ADVENTURES OF JAMES BOND on Amazon UK.

These and other projects are revealed in this vastly entertaining and enlightening book. Using never-before-seen photographs, Edlitz uncovers a wealth of unexplored lore.

Mark Edlitz’s is the author of HOW TO BE A SUPERHERO, a book about superheroes and the actors who play them. He also wrote THE MANY LIVES OF JAMES BOND.