The rich history of James Bond book cover jackets include such established artists as Richard Chopping, Raymond Hawkey and Trevor Scobie. For Anthony Horowitz’s 2015 Bond novel Trigger Mortis, the publishers chose a very different path in many ways. Not only did they choose to make the cover interactive, whereby it could be cut up to make a rocket, they also chose an unknown model rocket enthusiast with no prior book cover experience, to creatively launch the latest Bond adventure.

We are hereby delighted to welcome the illustrator of this highly original cover, Joy Cohn, to chat about her journey.

How did you come to illustrate the UK cover for Trigger Mortis?

The truth and the mystery of my illustrating the cover art for the latest James Bond book was simple fortune. I had no prior relationship with the Orion Publishing Group other than as an occasional reader. The reason this opportunity came to be was because I’d already had some experience with the subject matter.

Niels Jahn Knudsen and I collaborated, years ago, to create a series of Vanguard rocket paper models. Niels had already created models of the Viking sounding rocket and I used his model as a starting point to create the Vanguard TV-4, the first successful satellite launcher for the US Navy. We created the parts for the Vanguard, some of which were redrawn from his Viking 10 kit and Niels created the excellent instructions that are available for each kit. These kits are available for download here and anyone is able to download them.

In February 2015, Niels forwarded me an email he received from Steve Marking at Orion Publishing. They indicated they were interested in using a plan of a space rocket for a book cover he was working on and he found Niels’ website in a Google search.

What was the creative brief?

The request was simple, in that it would need to be a Vanguard, from 1957. He included the PDF of my Vanguard TV-1 model to point out which one he wanted to use.

“The idea is that the rocket plan will be printed on the book jacket, so that readers could remove the jacket from the book, and cut out and build the model rocket themselves. So it needs to be very simple to build. I imagine we would just need the main body of the rocket, the nose cone, and the four fins.”

He asked if he could commission me to draw this up for him, but at the time, however, he did not specify what book it was to be used for. I told Niels to tell him I’d be glad to create these drawings for his book cover, as it thought it sounded like it might be a science book for students and would have been happy to promote science to budding scientists.

The publisher’s response then identified the project as the next James Bond book!

What was your inspiration for creating the cover?

When I was very young, my father would wake me up at 5 in the morning so I could watch the Mercury project launches. I was in the First Grade in Amarillo, Texas, in 1959. I’ve been in awe of space exploration ever since. I built plastic models for many years and also built a few Wilhelmshaven airplanes. And about fifteen years ago, rediscovered paper models was inspired to try creating my own. 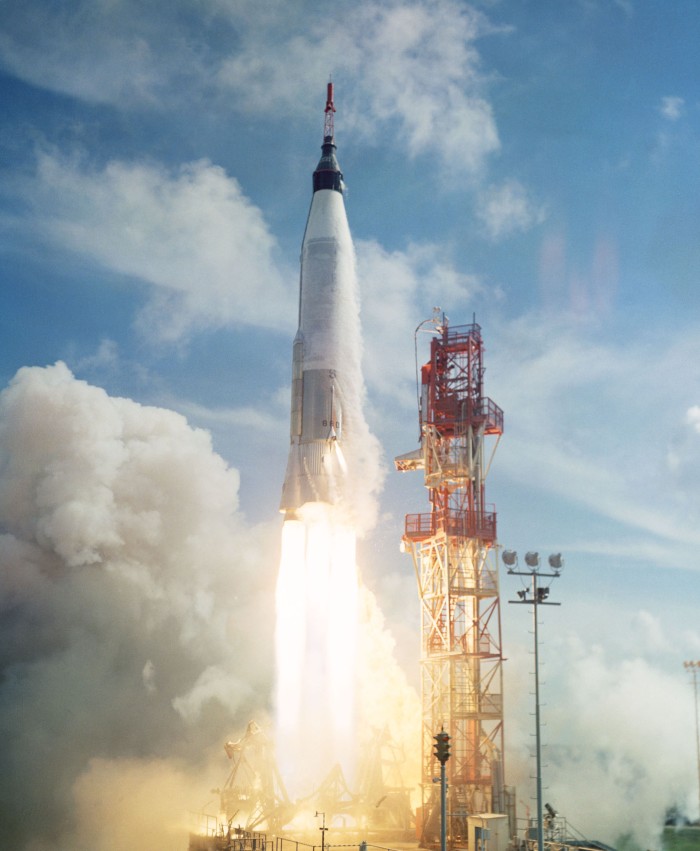 I’d always liked the Vanguard and the Viking rockets. Niels had made the Viking and since it was the design from which the Vanguard was developed, I had my own first subject. I designed my Vanguard models to be separated as stages and useful as learning materials for young rocket scientists. In addition, I’ve designed a Tiros satellite model, and two Falcon air-to-air missile models.

Who’s idea was it, to make it able to be made into a rocket? 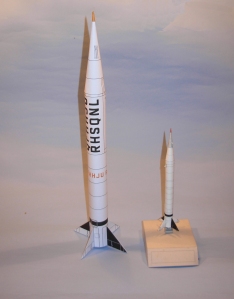 The idea, as mentioned above, was Orion’s art director Steve Marking. He sent me a mockup with dummy text for the title and text for the author information on the inside flyleaf, and the picture of Anthony Horowitz.

The mockup was for the TV-1, which was the modified Viking 14. However, the nose for the TV-1 is a dual cone and more complex than the first Vanguard, the TV-0 (right), which has a simple cone. This would be easier for inexperienced builders: I wanted them to have something that they could build easily.

Steve liked my recommendation and I got to work. He also wanted diagrams that had call-outs for various components and at that time, I decided to stretch a bit. I didn’t just create general arrangement drawings, I drew cutaway drawings of the rocket motor casing and the rocket itself as a cutaway, using materials I’d found in my research. These turned out very well, created lots of additional visual activity, and Steve approved. 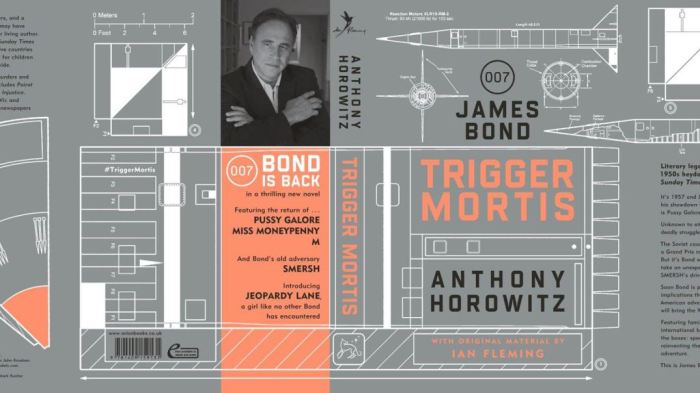 Is this the start of a new career?

In reality, I don’t really expect a new career from this. It was a project of Steve’s inspiration and vision. I happened to have created models that were very close to what he needed, albeit in a smaller scale. I do create cover art and other components of board games, but I don’t see anyone needing this kind of specific product for a book cover, in the future. It’s been done.

However, I’m humbled to have been given the opportunity to create a small piece of the Bond universe. And I’m proud at how good it looks on the cover. My only regret is that the American publisher decided to go with their own cover… 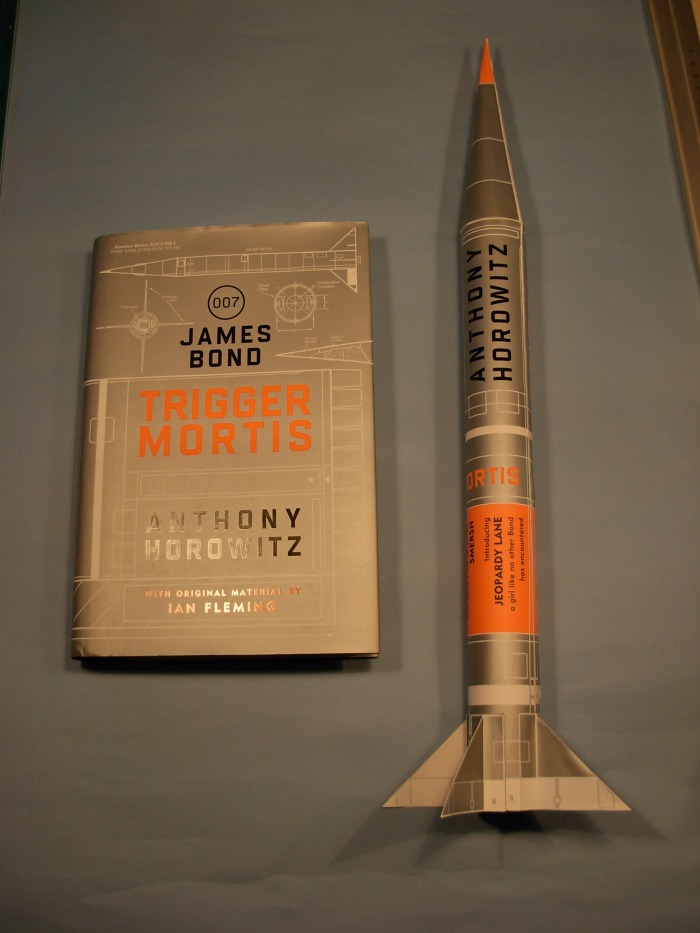 Joy Cohn works at the Lawrence Livermore National Laboratory in their IT department in California. Her graphic design work is a sideline that lets her use her creative skills to design paper cutout models of classic rockets, most from the early space age. Anyone can download a design for free, print it, and cut out and glue the parts together at Niels Paper Models.