If you were asked to name the places with which Ian Fleming is most closely associated, you would almost certainly put Goldeneye, Fleming’s the winter home in Jamaica where he wrote all the Bond books, on the top of your list. Further reflection might bring to mind his London properties, among them his pre-war home at Ebury Street and his post-war office at Mitre Court, and you might even dredge up St Margaret’s Bay, near Dover, where Ian Fleming and Ann Rothermere (later Fleming) retreated from unwanted attention. The area around Henley-on-Thames in Oxfordshire, however, would probably be well down the list. Yet it was an area with which Fleming was indelibly linked, being where he spent much of his childhood. The area boasts a number of landmarks associated with Fleming, and what is more, some of them are accessible to the public, making the area ideal place for a Fleming-related tour.

The centre of Ian Fleming’s Oxfordshire is the village of Nettlebed, which makes the ideal starting point of any tour. The village is situated in the Chiltern Hills on the road between Oxford and Henley-on-Thames. Ian Fleming’s connection with the village began with his grandfather, Robert Fleming, who arrived in 1903 to buy the estate of Nettlebed Manor. A smaller estate called Joyce Grove had been incorporated into the manor’s estate eight years earlier, and it is here that Robert built his house, which was completed the following year. 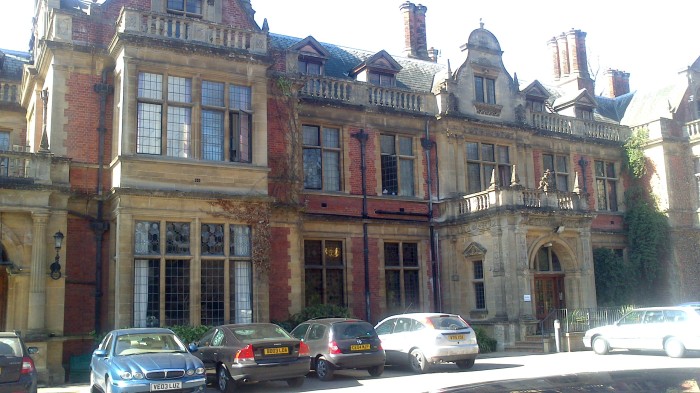 Robert Fleming was, briefly, lord of the manor, and his new house, Joyce Grove, the manor house, until he relinquished his rights over Nettlebed Common in 1906. In practical terms, however, he retained his lordly interest in the affairs of the village. His estate offered work for many of the villagers, and he provided the village with a new cricket pavilion and working men’s club or village hall. Meanwhile, his wife Kate donated toothbrushes and tooth-powder to the local school. But just as the lord giveth, he could also taketh away: Robert shut down the Red Lion public house because its patrons were making too much noise. 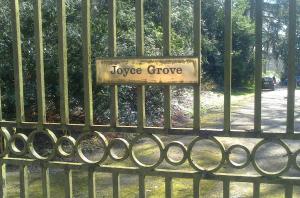 Joyce Grove is a red brick- and Bath stone-built mansion designed by architect C E Mallows. Its architectural value has been disputed by many, historian Nikolaus Pevsner perhaps offering the kindest words when he described the house as “a mansion in the dullest Jacobean style”. Whatever its merits, Joyce Grove was a home to Ian Fleming for much of his childhood. When his father Valentine was killed in France during the First World War, the young Ian and his brothers spent many of their weekends at the house, with weekends invariably turning into weeks as the boys had the run of a wing of the house and hundreds of acres of land. In adulthood, Ian continued to visit Joyce Grove. In his biography of Peter Fleming, Duff Hart-Davis writes of Ian entertaining golfers and bridge-players at the house in the mid-1930s, while Robert Harling recalls paying a flying visit with Ian to the house after a trip to Oxford during the Second World War.

Today, Joyce Grove is a Sue Ryder hospice closed to the public. However, every month or so,  the home hosts a jumble sale in the grounds, allowing visitors to see the outside of the house up close. Features of particular interest are the iron gates that face the High Street and the tree-lined drive that takes you down to the house. Look out, too, for the family crest shown in relief on the front elevation of the house, with its distinctive stag emblem and well-known motto, ‘Let the deed shaw‘. Keep an eye out, too, for the date carved into the stonework: R.1904.F. (Incidentally, do spend some time at the sale itself. It’s for a good cause and it boasts an Aladdin’s cave of book stalls – I managed picked up two books by Peter Fleming last time I was there. A word of advice, though – taking pictures of the house without prior notice is discouraged.) 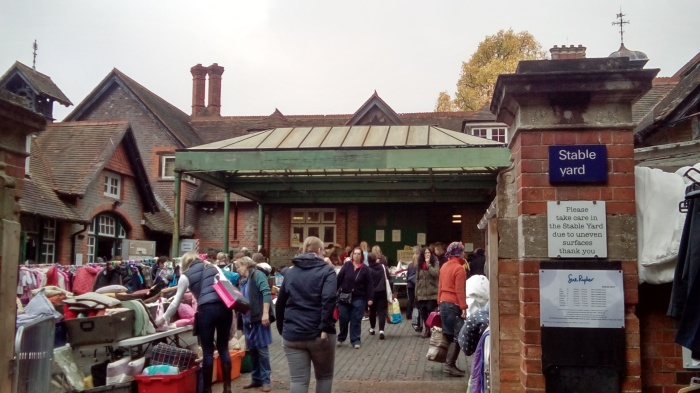 Before leaving Nettlebed for the next Fleming landmark, head up the road towards Oxford to St Bartholomew’s Church (passing the village hall on the way), where several generations of Flemings are buried. In a row furthest from the church you will find the simple headstones marking the graves of, among others, Ian’s mother, Eve, his brother Peter, and Celia Johnson, Peter’s wife. Valentine Fleming is commemorated in a dedication to the fallen of the First World War just inside the gate to the churchyard, and opposite the inscription is another dedicated to the fallen of the Second World War, which records the name of Michael Fleming, another of Ian’s brothers.

Let’s return into Nettlebed, but continue past Joyce Grove and turn right at the fork to head towards Rotherfield Greys (passing cottages and farms on your right, which are, or at least were, part of the Joyce Grove estate). Greys Court, four miles south-east of Nettlebed, was for a short time the home of Eve Fleming. She bought the late 16th-century house in 1935, intending it to be both a home for her, and a place where Peter could write. In December that year, however, Peter married Celia Johnson, and it was evident that Peter would not require the use of the house. Just two years later, Greys Court was sold to the Brunner family. It is uncertain how often Ian visited the house, although he was aware of his mother’s disappointment that her plans had come to nothing. 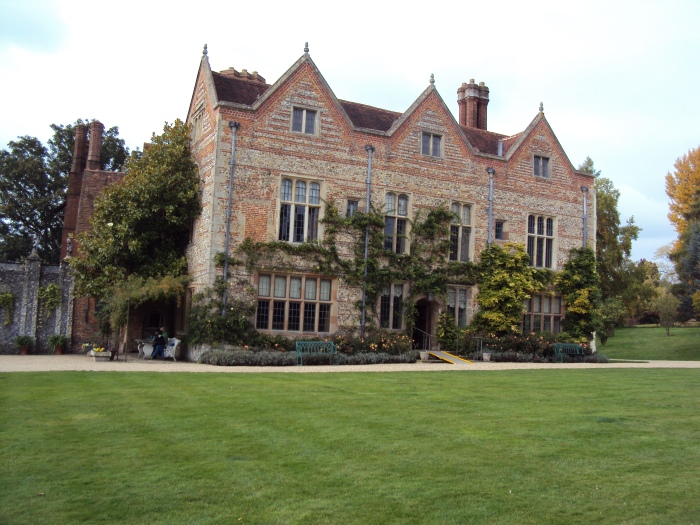 Today, Greys Court is a National Trust property and open to the public. Visitors can take a tour round the dining room, the bedrooms, the library and other rooms of the much modified house, and enter the Cromwellian Stables on the other side of Green Court, the lawn which separates the buildings. Eve Fleming had the Cromwellian Stables in mind for Peter, and began work on the rooms. The spiral staircase put in by Eve can still be seen, but her other changes at Greys Court, particularly to the entrance hall, have since been removed.

A 20-minute drive from Greys Court to Ipsden via Peppard Common and the A4074 Oxford-Reading road takes you to another Fleming residence: Braziers Park. This country pile was home to Valentine and Eve Fleming from 1906 to 1914, and was where the young Ian, born in 1908, spent his earliest years. Braziers Park was built in 1688, but was radically altered at the end of the 18th century by one Daniel Harris, who turned the Jacobean house into a Gothic-style mock castle (a style that Valentine retained when he added the west wing). More sombre than elegant was Nikolaus Pevsner‘s view of the building, but he admired its symmetry. Harris was keeper of Oxford Gaol, and the young Ian may have been amused to learn that Harris often employed convicts to build his houses. Inside, though, much of the decoration at the time Ian had the run of the place was, and still is, Victorian. 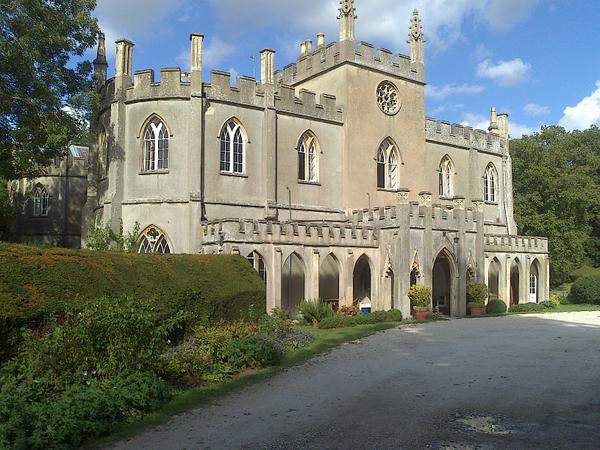 Braziers Park today is not open to the public, but welcomes visitors on its residential courses (courses offered in 2016 include those on yoga, game theory, and tai chi) or as volunteers to live and work as part of a residential community, sharing in the tasks of running the house or working on the farm and vegetable gardens. While there have been some changes in the house – some of the larger bedrooms have been divided to provide further rooms – much of the house is as it was in Ian Fleming’s day.

There this tour ends, but those after more Fleming landmarks could visit the golf course at Huntercombe, where Ian Fleming (and his grandmother) played golf, although as the club is members only, I advise that enquiries about access are made before visiting. Or you could head north into Oxford, a city with which Ian Fleming was no doubt very familiar (do visit Christ Church, where Peter Fleming studied, or New College, which Caspar, Ian’s son, attended).

Despite the deep connection Ian Fleming had with Oxfordshire, the county is almost absent from the James Bond books. Contrast this with Jamaica, which provides the backdrop for three novels and two short stories, and is alluded to in others. What is more, Fleming’s house, Goldeneye, itself has a role, appearing as Wavelets in the short story ‘Octopussy’. Another of Fleming’s homes, in Ebury Street, appears as a London hideout for Moonraker‘s Sir Hugo Drax. Yet, there is no place in the books for Joyce Grove, Braziers Park or other locations linked to Fleming. 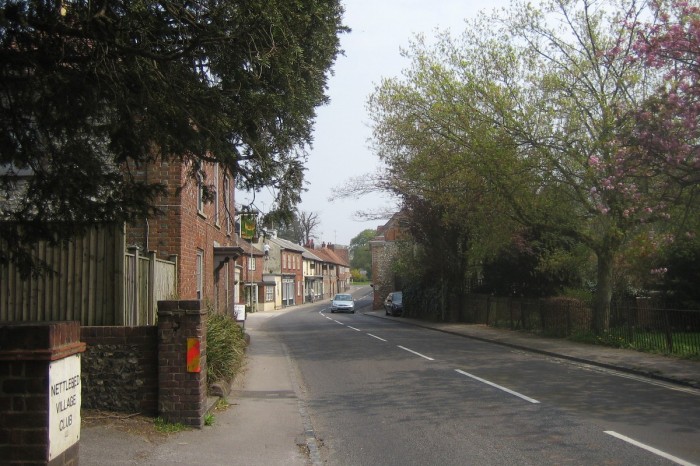 Actually, that’s not quite true. In The Spy who Loved Me, when Vivienne Michel and Derek are caught in flagrante delicto with Derek in the Royalty Kinema in Windsor, Derek gives the manager a false Nettlebed address (there is no Acacia Road). I also wonder about the Grange, Goldfinger’s house in Reculver in east Kent. In chapter 10 of Goldfinger, Fleming describes the house as “a heavy, ugly, turn-of-the-century mansion” with a tree-lined gravel drive, and mentions an adjoining factory where the “stabling and garages would normally be”. Fleming may have had Joyce Grove in mind when he wrote these words, although the glass-enclosed portico and sun-parlour that the Grange also boasts better fit Enton Hall, the health farm that Fleming visited in 1956 and fictionalised as Shrublands in Thunderball.

No tour of the places associated with Ian Fleming would be complete without a visit to Oxfordshire. While the county features little in the James Bond adventures, Nettlebed and other locations close by were as important in Ian Fleming’s early life as Goldeneye in Jamaica was in his later life.

One thought on “A Tour Through Ian Fleming’s Oxfordshire”