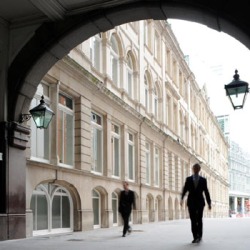 In the 1930s, Ian Lancaster Fleming worked in the City of London before he became a wartime spy, then worked in Fleet Street until it started to rain money from his fantasy spy James Bond books and movies.

To acknowledge and re-discover the City connections of Ian Fleming, Maxus Walks runs a set of two City Tours, walking past his former office locations and haunts.

Fleming attempted to ‘make a packet’ as a stockbroker in London. He began his first job in October 1933, with the merchant bankers Cull & Company on 11 Throgmorten Avenue in Bishopsgate, London for two years and then Fleming went on to work for Rowe and Pitman until after 6 years leaving to join Naval Intelligence.

The Fleming Walking Tours start from near Bank Tube. Dates for the City of London tours of Ian Fleming’s old haunts, will be posted on the Maxus Walks website.

Some of the locations on the walk include: 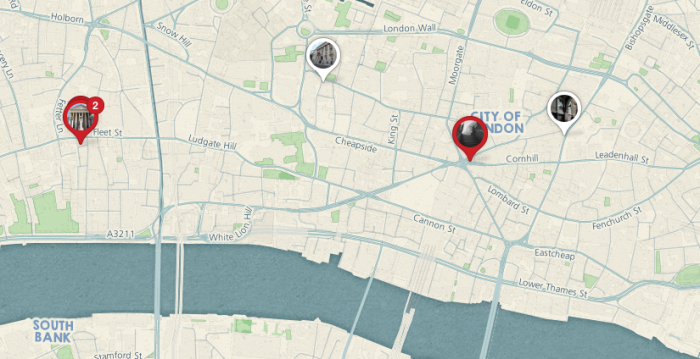 The tour ends with Martini Cocktails at the Chambers Bar close to Ian Fleming’s final writing office near Fleet Street.

Maxus Walks devises hosted walking tours in London which tell the background to popular feature films for fans. There are over 20 in total and all include scripted performers to help tell the story. The tours are not endorsed by any original right owners.