This week we welcome Craig Arthur in from the cold, all the way from his native New Zealand. Craig is a spy writer and Bond fan of nearly 30 years.

Probably ‘Thunderball‘.  The detail of the playing card is incredible, along with the sense of menace of the skeleton hand grabbing them from what Fleming called the ‘green baize battlefield’ in ‘Casino Royale’ – the perfect metaphor for the plot of the novel:  SPECTRE hijacking the two atomic bombs.

I own later Jonathan Cape impressions of the first seven Bond novels and first editions of the subsequent books, from ‘For Your Eyes Only‘ onward, along with ‘Thrilling Cities‘. 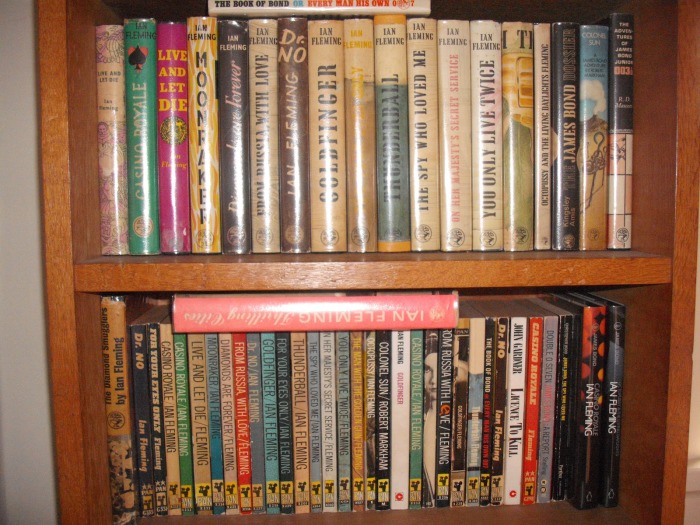 A Jonathan Cape hardback copy of Christopher Wood’s ‘James Bond:  The Spy Who Loved Me‘ with with its incredible Bill Botten dustjacket.  Also, ‘Casino Royale‘ with the original bleeding hearts dustjacket (my copy has the revised Pat Marriot design.)

‘On Her Majesty’s Secret Service’ was the first one I read and still my favourite.

I was 11 when I started it but gave up once I got to the chapter on heraldry.  However, a year later I read the abridged Patrick Nobes edition and made it all the way through.

I think it is Fleming’s best novel. Best in terms of atmospheric descriptions, especially the elegiac opening description of the beach at Royale, story and action.

I really like the 1963 Raymond Hawkey Pan paperbacks as I am a big fan of his cover designs for Len Deighton. The 1970s Pan paperbacks with an array of photographed objects are also very nice, though I’ve limited my paperback collection to a complete set of the Hawkey designed editions and a scattering of earlier Pan covers from the 50s and 60s.

Richard Chopping’s cover design for John Gardner’s ‘Licence Renewed‘ still captivates me because it was the first time I had seen a new Bond novel in the shops and suddenly his designs were part of my reality. 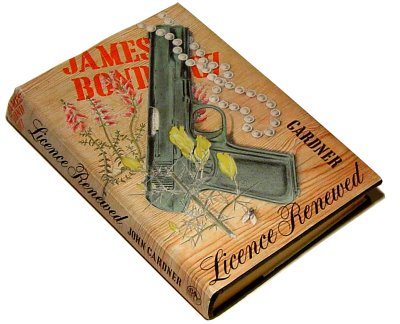 Craig Arthur’s first Bond experience was seeing “The Spy Who Loved Me” in the theatre in 1977, starting a 29 year obsession with the movies and Ian Fleming novels. He studied English Literature at the University of Otago.

Craig was also was a consultant on Charles Cumming‘s The Trinity Six, choosing the New Zealand setting of Drybread as an homage to his friend and mentor Owen Marshall – New Zealand’s greatest living writer, whose work is largely unknown beyond New Zealand.

He lives in Dunedin, New Zealand.