Octopussy and The Living Daylights (1966), the last of Ian Fleming’s 14 novels and short story collections, is often considered the least of the lot. After all, the first edition weighs in at just 95 pages, and the title seems increasingly off-putting. 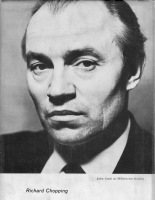 That’s a shame because the two short stories of the title are first-rate. What’s more, because the print run was large and the collection is the most recent of the Fleming books, it is the one 007 first edition still within reach of many collectors.

The Jonathan Cape first edition in fine condition, complete with dust jacket, can still be purchased for under $200. Here’s a closer look at that classic Richard Chopping dust jacket — and a couple of later Octopussy front covers.

Chopping’s front-cover illustration fits well with his other Fleming work. It features a scorpionfish out of water, a conch shell, 11 house flies and an underlying sense of the macabre. 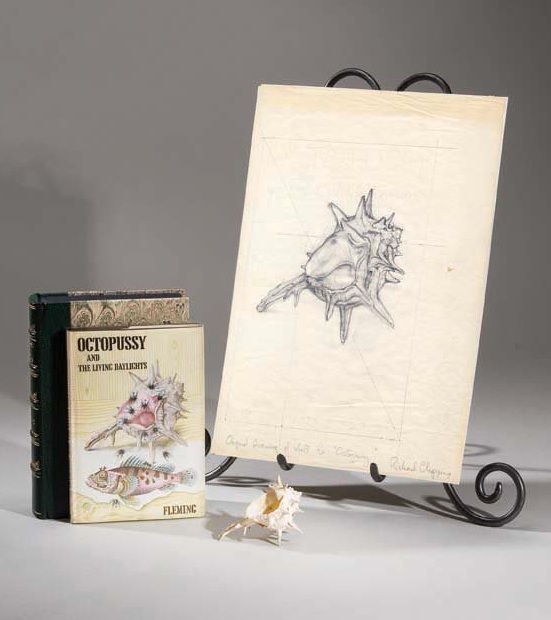 Like a few other Chopping covers, it avoids any obvious reference to the book’s title. (Most later editions’ cover feature octopus’s tentacle or two.) Instead, Chopping opts to illustrate the true predator of the story, a scorpionfish that the story calls “the only real danger to the reef swimmer, far more dangerous than the barracuda or the shark.”

Although Fleming identified the fish as a Scorpaena plumieri (spotted scorpionfish), Ichthyologist Mark Sabaj Pérez of the Academy of Natural Sciences in Philadelphia (ANSP) says it’s likely that Chopping adapted the engraving of a black scorpionfish from The Naturalist’s Miscellany, published in 1810. 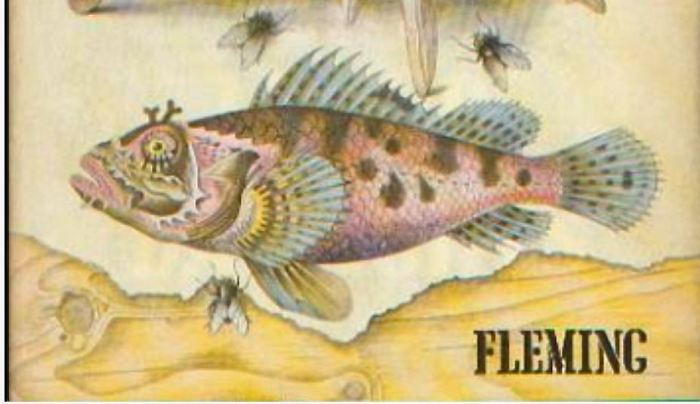 What appears at first glance to be a conch shell on the dust jacket is actually “a slightly fanciful rendering of the Horned Murex, Bolinus cornutus,” says ANSP malacologist Paul Callomon. A Horned Murex, it turns out, is a predatory sea snail that secretes a purple dye to defend itself or to prey on other invertebrates. It is a distant cousin of … an octopus. Fleming would have loved it.

While the conch shell remains something of a mystery, Chopping clearly also had flies on the brain while working on the cover. The previous year his dust jacket for The Man With the Golden Gun included two flies, and Chopping’s own novel, The Fly, was published as well. It features — what else? — a close-up of a fly, landing on a human’s eyeball. (The title page features the phrase lasciate ogni speranza voi ch’entrate — Latin for “Abandon hope all ye who enter here,” not the typical entree into a book. But I digress.)

Chopping’s dustjacket is eye-catching, but the cover of the 1967 Pan paperback edition by Raymond Hawkey just might be the piece de la resistance: a Red Admiral butterfly perched on a bar of bullion. The butterfly has the heft of a penny and lives up to 10 months. The bar of gold is 26 pounds of dead weight and — like a diamond — is forever. What could be more disparate? 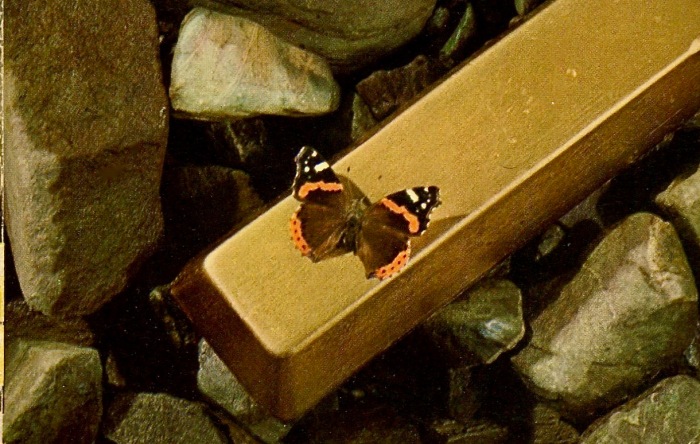 Since I could find no mention of a Red Admiral or any other butterfly in the story, I chalked it up to the illustrator’s creative imagination, a step behind Chopping’s predatory sea snail. 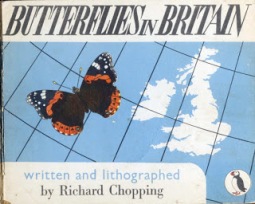 I did wonder, however, if the Red Admiral might be a tribute to one of the legendary 007 dust jacket illustrators, Richard Chopping. After all, Chopping wrote and illustrated a modest paperback called Butterflies in Britain. On the cover: What Else? A Red Admiral butterfly.

Red Admirals can be found in Europe, the United States, Europe and elsewhere. Although they have been known to land gently on humans, they have a sinister nickname.

As author and butterfly expert Vladimir Nabokov once explained, “Great numbers of [Red Admirals] migrated from Africa to Northern Russia, where it was called ‘The Butterfly of Doom’ because it first appeared in 1881, the year Tsar Alexander II was assassinated, and the markings on the underside of its two hind wings seem to read ‘1881’.”

A 1996 Coronet edition with a cover illustration by Bill Gregory included a swastika moulded into the gold bullion, perhaps another symbol of doom. The illustrator also did away with the Red Admiral and added two fanciful blue tropical fish and the shadow of an octopus’ tentacle — not quite as riveting.

“Octopussy” and another Fleming fish story, “The Hildebrand Rarity,” bring to mind the late ornithologist James Bond of the ANSP. Like 007, the real Bond (1900-1989) was not a marine biologist but did act in that capacity. 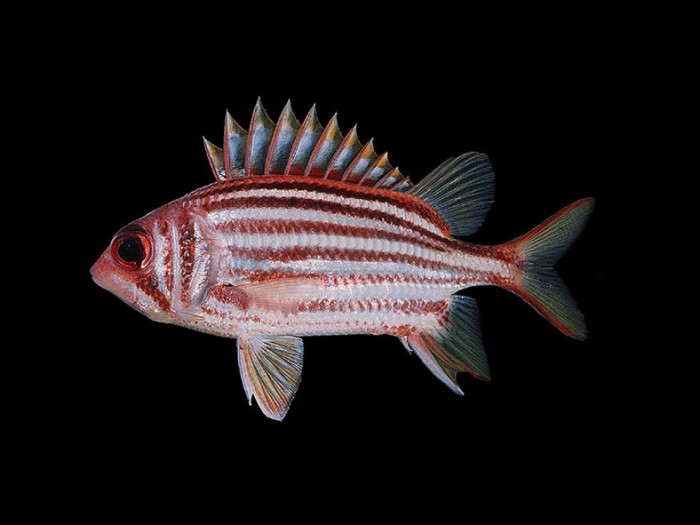 In the film “The Spy Who Loved Me,” the secret agent posed as a marine biologist — “Sterling… Robert Sterling” — to investigate Karl Stromberg, who was stealing nuclear submarines in his quest for world domination. “Where there’s an ocean, a marine biologist is never on holiday,” observed Sterling/Bond.

The real Bond (1900-1989), the noted ornithologist and author of Birds of the West Indies, played marine biologist for the ANSP on occasion. For example, he collected a scorpionfish (similar to the one mentioned in “Octopussy”) in the Dominican Republic in 1928 — 15 years before Ian Fleming set foot in the region. Bond also collected three other fish mentioned in “Octopussy”: a butterfly fish in St. Lucia in 1927 and a needlefish and parrotfish in Grenada in 1929. 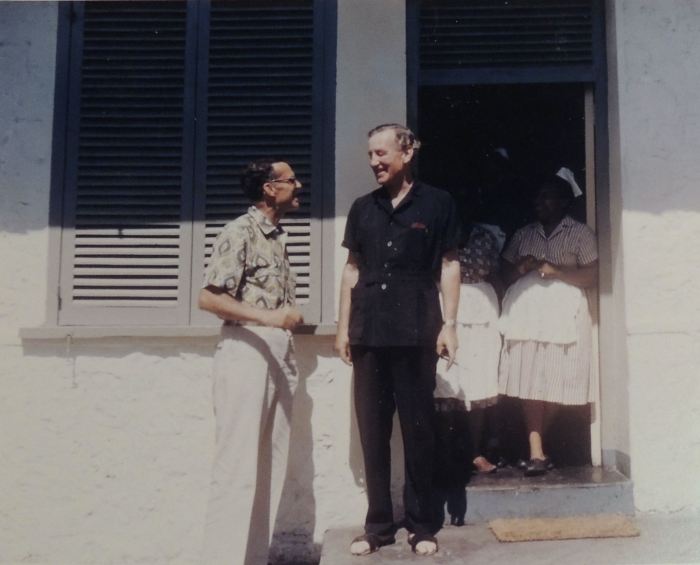 No record of the real Bond collecting any octopuses or Nazi bullion — although Emmet Blake, of Chicago’s Field Museum, who was one of Bond’s ornithological colleagues and who worked as a spy for the United States during World War II, did track down a truckload of Gestapo-held gold bullion in Bavaria.

Jim Wright is the author of The Real James Bond, from Schiffer Publishing. He often gives talks about Bond, 007, Ian Fleming and unlikely spies. He writes about natural history often.

Ian Fleming Publications Ltd (UK) owns and administers the literary copyright on Fleming’s fiction and non-fiction books. The excerpt from “Octopussy” is reproduced here for educational purposes only.

The Hildebrand Rarity by Gerald Wadsworth

One thought on “Richard Chopping and The Butterfly Effect”