With the exciting news recently that literary James Bond will be re-appearing in the comics medium, we took the opportunity to go back in time to the original run of Bond comics in the Daily Express beginning in 1958. 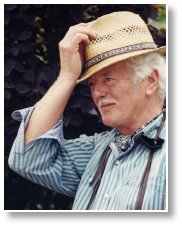 Some stories are just too cutesy, or too damn perfect to be true. Here’s one such example: while relaxing backstage with other members of a theatre production whose title history has not remembered for posterity, some unknown actor was working his way through the pages of the Daily Express. In the comics section (which is more colloquially known in the States as simply the “funny pages”), this actor came to a revelation: James Bond, or at least the version that was drawn by illustrator John McLusky, looked a lot like the man sitting beside him. Because he was a fellow trouper, the Daily Express-reading thespian turned sideways and told the man next to him that if there was ever a James Bond film, he should audition for it based on his looks alone. The man in question was Sean Connery.

Different versions of this tale exist, with some saying that it was Connery’s agent, not another actor, who had first drawn the connection between the look of the comic strip Bond and the handsome Scotsman. Whatever the case, Connery would eventually land the role of 007 in Dr. No, and it also remains a fact that the Daily Express strips, which ran from 1958 until 1983, helped to further whet the world’s appetite for literature’s greatest spy. 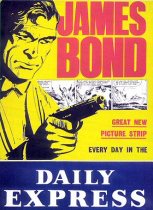 As with most cultural phenomenons, this one almost didn’t happen. In 1957, the Daily Express approached Fleming with an offer to serialize his Bond novels and short stories as comic strips that would run consistently inside of the London newspaper’s then very popular pages. Fleming was at first cold to the idea, for in the late 1950s, comics were not held in high regard, especially among those who believed in the difference between capital “L” literature and its inferior competitors. Although a former newspaper man himself and as someone who was frequently the target of critics and self-appointed tastemakers alike, Fleming was no doubt sympathetic to the plight of the comics industry, and yet his chief concern was the quality of his own work.

Transcribing the world of Bond to the comics formate would probably do undue harm to his writing, Fleming initially thought, and moreover Fleming worried about overexposing his hero to so many in the reading public all at once:

“The Express are desperately anxious to turn James Bond into a strip cartoon. I have grave doubts about the desirability of this… Unless the standard of these books is maintained they will lose their point and I think there I am in grave danger that inflation will spoil not only the readership but also become something of a death-watch beetle inside the author. A tendency to write still further down might result. The author would see this happening, and disgust with the operation might creep in.”

But after assurances from Daily Express editor Edward Pickering that the Bond comic strips would be a “Rolls Royce” of a job, Fleming relented and agreed to the creation of a James Bond comic strip. He sold his rights to the Daily Express, but won the caveat that all the to-be published material must first get his approval. With this in hand, Fleming commissioned an artist to draw a portrait of how he, the author responsible for the master spy, envisioned his greatest creation. The end result was a solid-jawed figure who looked partially like the American musician Hoagy Carmichael and partially like the idealized urban dweller that one could find in any fashionable London or New York magazine.

The people at the Daily Express were not exactly thrilled, however. To them, Fleming’s illustrated Bond was too prewar – a relic of the clubland days of strong booze, Oxbridge accents, and the gentleman-adventurer model that had been the mainstay of British boyhood daydreams since the time of Rudyard Kipling. John McLusky, the Glaswegian artist who was responsible for the first 13 Daily Express adaptations of Fleming’s work, set about updating the look of Bond in order to reflect the new masculine ideals of the 1950s. McLusky’s Bond is more sharp, more square-jawed, and definitely more aggressive looking. Also, as an amalgam of Gary Cooper and Mickey Spillane’s Mike Hammer, McLusky’s Bond is decidedly more American looking.

This is the face that made people think of Sean Connery, and arguably McLusky’s Bond is the one that’s more internationally recognizable. Although the influence of the Bond comic strips on the later films can be argued, it is indisputable that the comic strips were a smash hit. After the serialization of Casino Royale, which ran from July until December in 1958, the Daily Express saw a marked increase in sales. Even before the first high-budget and beautifully shot Bond films, the transatlantic public was already fast slipping into the clutches of Bond-mania.

But the question of quality remains. Were Fleming’s initial concerns justified? More importantly, do the Bond strips hold up and should some of them be considered part of the larger Bond canon?

Obviously, most of these queries can only be answered by personal taste and preference, but even the most jaded of Fleming aficionados can find something to appreciate in the Daily Express comic strips. Under McLusky, the Bond comic strips, which were primarily scripted by Henry Gammidge, with two exceptions being Casino Royale, which was scripted by Anthony Hearn, and Dr. No, which was scripted by Peter O’Donnell, stayed somewhat faithful to the Fleming originals. When they didn’t, the results are mixed. In Casino Royale, McLusky and Hearn’s take is slightly darker than the original, with an extended torture scene that somehow slipped past the censors. After all, 1958 wasn’t too far removed from the United States Senate Subcommittee on Juvenile Delinquency, a congressional subcommittee that ultimately purged the comic book industry based on shoddy evidence from a quack doctor regarding the levels of violence and sadism in comic books. Although horror comics were the main focus, crime, especially true crime books, were equally chastised for their baleful influence on American youth. This then is the milieu swirling around the creation of the James Bond comic strip, and it is somewhat surprising that the Daily Express picked Fleming’s darkest and at times most disturbing tale as their lead-off hitter.

In other instances, although it may sound blasphemous, the Daily Express actually improved on some of the more lackluster elements contained in Fleming’s novels. The most cited example is the comic version of Diamonds Are Forever, which ran from August 1959 until January 1960. In the novel, Fleming’s American gangsters speak in an outdated, Jazz Age patois, whereas Gammidge’s script brings the Spangled Mob up-to-date by using then current slang and tough guy affectations (the one misstep is when Jack Spang calls Felix Leiter “Mister Whosis,” which might have been insulting during Dashiell Hammett’s heyday). Like Casino Royale before it, the graphic edition of Diamonds Are Forever is more, well, graphic, and the strip’s high body count once again showcases a certain level of daring on the part of the editors. 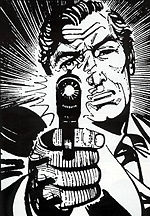 By 1966, McLusky was no longer working on the strip as the chief illustrator. That new role went to the Czech-Russian-Australian artist Yaroslav “Larry” Horak. From 1966 until 1983, Horak was the primary creator and distributor of the comic Bond, and only occasionally would he trade places with McLusky for certain adaptations or original tales. Under Horak, Bond grew even harder and went many shades darker than his previous incarnations. The stories themselves, which by the late 1960s were mostly original tales instead of adaptations, took on a grittier texture and a more cynical bent. Whether or not the political events of the late 1960s (race riots in America, political assassinations, leftist terrorism in North America and Europe, the Vietnam War, the Troubles in Northern Ireland) contributed to this change, Horak’s Bond grew farther and farther away from his cinematic counterpart in looks and temperament.

While titles such as The League of Vampires and The Golden Ghost might be immediate turn-offs for Bond purists, Horak and writer Jim Lawrence managed to stay true to the spirit of Fleming all the while adding a much-needed edge to the character, especially during the Roger Moore years, when Bond fell victim the same sort of butchering that for decades damaged the popularity of Batman. By in large, the Horak/Lawrence era can be seen as an answer to both the overly polished Bond films and the new generation of European and Japanese crime comics, which were upping the ante in terms of sex and violence. In Italy, titles such as Satanik and Kriminal, both of which debuted in 1964, combined the style of James Bond high espionage with several elements gleaned from crime, detective, and even horror fiction. In Japan, Lupin III, a series that featured a rakish gentleman thief with the voracious sexual appetite of Bond, debuted in 1967.

In comparison to the Fleming novels and the major films, the Daily Express series of James Bond comics are a distant third in terms of widespread cultural influence and even interest for general fans. However, to call these works unimportant or inconsequential would be plain wrong. The fact is that the Daily Express comics proved very important for the comics industry, and on a wider scale they further contributed to the spy craze of the early and mid 1960s. Their longevity also highlights a steady readership, which stuck with the strips even during the Bond doldrums of the mid to late 1970s.

More than just an interesting factoid for Bond enthusiasts, these comic strips are a worthwhile read and more than just a cursory glance.

The original Bond comic strips, first printed in the Express newspaper in 1958, have been republished by Titan in six Omnibus editions, available from their website here.

007 will re-live the exploits that have thrilled and captivated fans for over half a century in fresh visual adaptations of Fleming’s classic Bond stories, the first of which will be launched in 2015, with a partnership between Dynamite and Ian Fleming Publications.

“It’s over sixty years since the publication of Casino Royale, and now more than ever it’s an exciting time to be a Bond fan. We’re thrilled that 007 will be revisiting the world of comics, as Fleming’s novels have a long and successful history in this medium, ever since they began to be published as newspaper comic strips in the late fifties. Dynamite are the perfect partners to take on the challenge of continuing this legacy, and we are very much looking forward to working with them.”

13 thoughts on “The Rolls Royce of Comic Strips: James Bond in the Daily Express”