With a flurry of James Bond continuation novels in recent years, literary Bond seems to have picked up some steam in the slipstream of the rejuvenated film franchise. This is good news of course and the quality of the continuation novels is getting better. William Boyd‘s Bond outing – Solo – was a solid thriller that ticked a lot of boxes for Fleming fans. It seems unlikely that one author will become a regular curator of Bond like John Gardner was in the 1980s and difficult to match Kingsley Amis‘ Colonel Sun, but we can look forward to guessing who might be next in line to take on this most iconic of characters- and nail it.

Several names come to mind by virtue of the genres they work in, admiration for Ian Fleming or previous experience with Bond in some form. Two authors who have had success inheriting a well-loved character are Charlie Higson (Young Bond) and Anthony Horowitz (Sherlock Holmes). Higson’s ‘apprenticeship’ with young Bond, might serve him well with an adult Bond. His books are favorably received and there is probably no bigger Bond fan than the creator of the hit comedy show The Fast Show. Horowitz took on the daunting task of a Sherlock Holmes novel – The House of Silk – with great panache. His favorite Fleming novel is Goldfinger, so his take might be a confident Bond, top of his game taking on a super-villain once more.

What about a serious spy novelist? Who might equip Bond with some nice tradecraft and use of intelligence gathering gadgets or hidden weapons? This might appeal to fans of Alan Furst, Olen Steinhauer or Joseph Kanon. Any one of these authors might choose an earlier era for Commander Bond, perhaps the 1950s this time. An homage to Casino Royale could be fun or a more American novel inspired by Live and Let Die or Diamond Are Forever, aided by the nationality of these authors.

What about a woman for a change? Kate Westbrook (aka Samantha Weinberg) has form writing in Bond’s world with her excellent Moneypenny Diaries series of books. It would be interesting given her viewpoint of Bond in the 2nd person to inhabit 007. Another female author with real-world intelligence experience is ex-MI5 head Stella Rimington. Her knowledge of the underbelly of the espionage trade could provide a highly realistic plot and take Bond out of the ‘man’s world’ paradigm perhaps. Bond with a feminine side? Fleming certainly had that. 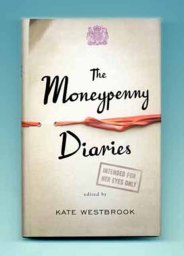 The Fleming Estate might continue with the heavy-hitter strategy as they did with Sebastian Faulks, Jeffrey Deaver and William Boyd. This name recognition certainly can pull in non-Bond fans out of curiosity. The results have been mixed though, and it can be risky using an author who does not have prior experience writing in the genre. Highly successful names that come to mind who might be in the running are Ken Follett – a Fleming fan himself – or Ian McEwan. Follett has a huge body of work and he may not want to muddy the waters at this stage. McEwan is a highly respected and award winning author, much like Faulks. He wrote a good little espionage thriller called Sweet Tooth, which gave him an audition tape. Is it too risky after the Faulks mis-fire though?

They could pick a relative unknown such as novelist Jeremy Duns – a Bond and spy thriller expert. This would also be a gamble from an initial sales viewpoint, but I’m sure he would stay true to Fleming’s Bond.

Last but not least is Charles Cumming. A brief dalliance with MI5 spurred his promising first novel A Spy by Nature – somewhat autobiographical. Since then, he has gone from strength to strength, tackling industrial espionage, spying in China, the Russian mafia, the Cambridge Spies, disgraced MI6 agent Thomas Kell and his most recent follow up – A Colder War. All through Cumming’s novels are subtle nods to Fleming in my opinion. His knowledge of the espionage world combined with excellently drawn characters and relationships puts him top of my list. Colin Firth has even optioned his last two books, which should say something and might bump his name up the list with the powers that be.

All in all, I hazard a guess that most of these authors would be honored to take on special agent 007 and leave their mark on the franchise. These are big moccasins to fill but I am hopeful.

Who would you like to see write the next James Bond continuation novel? Vote now!

The Man With The Golden Canon by Samantha Weinberg

6 thoughts on “Who Should Write the Next James Bond Novel?”