One of the most striking props in any Bond film was the Faberge egg that Roger Moore pursues in the film Octopussy. The Egg seen in the film ‘Octopussy’ is, in fact, a hybrid of the Imperial Coronation Coach Egg, made in 1897.

However, the plot idea for the Fabergé auction originates from Ian Fleming’s 1963 short story, “Property of a Lady”, appearing first in The Ivory Hammer, the annual publication of Sotheby’s auction house.

Later published in “Octopussy and the Living Daylights” (1966), Bond is on the tail of a KGB officer who bids over the mark for already costly Fabergé Egg in order to pay off an internal agent, Maria Freudenstein, who is feeding them cypher codes. Freudenstein is, however, revealed to be a double, and unwitting triple, agent, an MI6 clerk inserted by the Soviets, but with the full knowledge of MI6, who compartmentalized her with a job sending fake reports to the CIA. Now, MI6 suspects that the egg is her payment, and Bond agrees.

He has the idea of watching the auction at which the egg will be sold to make her payday, expecting that her controller, the local KGB chief whom they’ve never identified, will be aware of the payment and will be bidding up the egg to make sure she gets the most money out of it. Upon identify him, they could declare him persona non grata and expelled from the country.

The short story also appeared in serialized form in an edition of Playboy in 1964.

The short story also includes Kenneth Snowman as an ally of Bond. Snowman, in reality, was a master jeweller and one of the leading experts on Carl Fabergé and worked for the London jeweller Wartskis. He was described to ALR by Wartski’s Geoffrey Munn (also an expert on the BBC’s Antiques Roadshow) as a mixture of ‘witty, mercurial, challenging, scatty and hospitable.’ 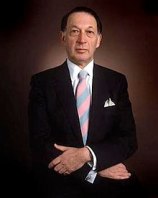 It was Ann Fleming who introduced Ian to the charms of Wartski’s, whose clients included Noel Coward, Prince George Duke of Kent and Joan Rivers. The stock at the time included three Imperial Easter Eggs by Faberge that left an indelible mark on Fleming’s mind, as did Kenneth Snowman’s charm and knowledge. Today, the shop usually has around 150 Fabergé pieces in stock.

Of all of Wartski’s treasures, Faberge seals their connection to Ian Fleming and James Bond. “The window,” wrote Fleming, “with a restrained show of modern and antique jewellery, gave no hint that these were the greatest Fabergé-dealers in the world.”

Fleming described the “modest, ultra-modern frontage” of the old premises on Regent Street, and while the location today is different, the feel is the same. 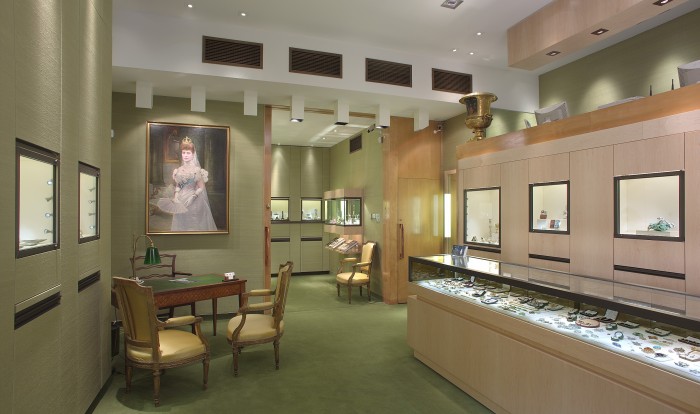 Wartski’s began from humble roots in Wales with Morris Wartski, but it was his son-in-law Emanuel Snowman, who identified opportunities in Soviet Russia to bring back Faberge items that the business then took off. In the 1970s, Faberge Eggs became blue-chip works of art and enjoyed a huge Faberge exhibition at the Victoria & Albert Museum in 1977, in honour of Queen Elizabeth the Queen Mother, who had a life-long interest in the works of Fabergé and between the 1940s and 1970s acquired a number of pieces.

Fifty Imperial Easter Eggs were delivered by Carl Fabergé to Emperors Alexander III and Nicholas II from 1885 to 1916. The Third Imperial Easter Egg (right) was until its recent rediscovery among the eight lost Imperial Fabergé Eggs. The Egg was exhibited at Wartski in April 2014 after 112 years.

ALR was honoured to have been shown a rare ledger card from Wartski’s, of a rock crystal seal purchased for £18 by Ian Fleming on June 27th, 1964, just before his death later that year on August 12th.

[With special thanks to Geoffrey Munn of Wartski’s and Silke Lohmann at Exclamation PR.]

The prop egg used by the 1983 filmmakers is not a true Fabergé design but is in the style of the Imperial Coronation Egg, which Fabergé gifted to Tsar Nicholas II in 1897. The James Bond prop has been replicated for sale and can be bought from Fine Jewelled Eggs.

Seven of the Eggs are now missing, of this number, only two are known to have survived the Russian revolution. The Nécessaire egg is one of the two surviving eggs and a new clue has emerged…

The Property of A Lady was also rumoured to be the title of the ultimately un-produced third film to star Timothy Dalton in 1991.