Mercifully, literary Bond fans did not have to wait forever and a day for Mr. Horowtiz’s second James Bond continuation novel since 2015’s TRIGGER MORTIS.

In fact, rather than a continuation, his new effort is a prequel to CASINO ROYALE that provides him with a clean canvas to work with. The opening chapter starts off with a bang: “So, 007 is dead.” We’re back in 1950 this time and James Bond has yet to receive his Double-O status. We are introduced to the mysterious and seductive ‘Madame Sixtine’; a grotesque Corsican gangster called Scipio, an American industrialist Irwin Wolfe (who may or may not simply be producing Technicolour film stock) and a CIA agent Reade Griffith (Not Felix Leiter of course).

‘It took me a few goes to get this right, but once it clicked it was easier to write than Trigger Mortis as I had earned my licence as it were. […] Drug smuggling had only be touched upon by Fleming in ‘Risico’ and I had free rein, a wonderful territory to discover.’

The novel provides the Fleming aficionados with many references to Fleming’s own wartime background for Bond and in particular Madame Sixtine, whom we learn, worked  as an indexer during the war at Bletchley Park and then recruited to the SOE as an agent for the F Section. Horowitz clearly knows his onions from his lifelong interest in the SOE and Foyle’s War, and has fun with blending fact and fiction. This adds great authenticity to the characterisations of Bond and Sixtine, which Horowitz divulged to us:

‘The Fleming Estate asked me to connect it to Bletchley Park and I’ve always had a fascination for the women of SOE and the portrayal of their fate. And Sixtine came out of that. An older woman who would have been old enough to serve in the War.’ 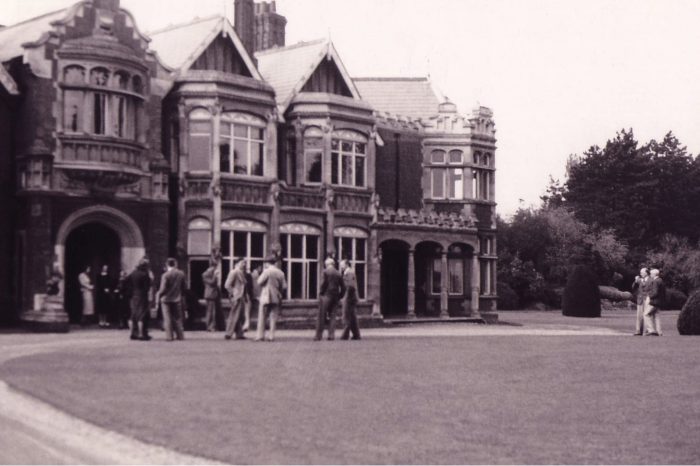 A key ingredient of the original Fleming novels were the chapter titles, some of which could have made great Bond titles in their own right. Horowitz maintains this tradition with several of his own, that Fleming might have been proud of such as Not So Joliette, The Acid Test, Shame Lady (suggested by Andrew Lycett) and Death at Sunset. There is of course, the essential briefing with M in chapter four – Meeting with M – as Horowitz said: ‘My favourite parts are always the meeting with M. He was the father figure I wished I had.’

It’s all grist for the mill for Fleming fans and without a healthy dose of M, it wouldn’t feel like a Secret Service story, so integral to the legend. Some prequels fail with too much back-story, attempting to answer every question possible, but Horowitz provides just the right balance of explanatory exposition. This novel feels much more in the vein of Kingsley Amis’ COLONEL SUN, but with more consistent pacing. There is also a clever torture scene, that has Scipio playing mind games with Bond, that is another acid test of a good Bond novel. And in the spirit of Fleming’s grotesque villains, Horowitz revels in his descriptions of Scipio:

“It seemed incredible that he could move, that somewhere inside this explosion of flesh there was an actual, working skeleton.”

Another suspected nod to Fleming’s own experiences is in a lovely scene where Sixtine gifts Bond a gun-metal cigarette case, telling him “you can use it when you buy yourself some decent cigarettes.” Sixtine smokes Morlands and we presume got Bond hooked on them. The cigarette case is inscribed FOREVER AND A DAY. It’s a nice touch, and perhaps by accident, a reference to the story of Maud Russell giving Ian Fleming a cigarette case as a gift, that he treasured.

‘What I’ve done with Fleming’s cigarette case, is to have left a little graffiti of my own in the Bond world, leaving my mark and perhaps taking a liberty.’ And according to him: ‘The best titles of the continuation novels have been ‘Colonel Sun’ and ‘Carte Blanche’.’

What made Fleming’s books so popular were the locations. An escape from the drabness of daily life and taking the reader to exotic, faraway places. These days, the average reader has probably been to most of the locations mentioned in Fleming’s novels, but any Bond novel worth its salt, should maintain that tradition and we are treated to the South of France for the majority of Bond’s mission here. Having spent time there last year, I could instantly picture the areas including the Hotel Negresco, which really is worth the trip to Nice, even just to visit.

Bond visits the Monte Carlo Casino in what is one of the strongest passage in the book. Horowitz channels Fleming’s descriptions of playing Bridge in MOONRAKER and Baccarat in CASINO ROYALE. This time, it’s Blackjack (or 21). The duel between Bond and Sixtine over the gaming table sizzles and the tension holds up well to Bond’s duel with Le Chiffre in CASINO ROYALE.

As Mr. Horowitz told us:

‘Bond has to exist in the timeline and the world of the Bond novels […] The South of France gives you all the add-on value you associate with Bond and a story about drugs immediately pointed to Marseille.’

He also acknowledges Fleming’s chapter on Monte Carlo in THRILLING CITIES for inspiration and captures the interior of the Casino perfectly. He also (and quite rightly) has Bond comparing the experience less favourably to the Casinos in Beaulieu and Le Touquet.

“And where was the romance? It seemed to him that the wealthiest players – the Italians, the Greeks and the South Americans – were absolutely grim-faced as they took their places at the green baize battlefield, setting their sights only on the business of amassing tax-free capital gains.”

A big selling point to this novel is the ‘original Fleming material’ used, which Mr. Horowitz acknowledges as part of chapter 9 – Russian Roulette, which is based on an outline he wrote for an American TV series. In this chapter, Bond also tells a story to Sixtine about the Aleksander Kolchak, which Fleming claimed was based on fact in THRILLING CITIES. [Side note: Peter Fleming wrote a book called ‘The Fate of Admiral Kolchak‘.]

A line about the Russians certainly does have Fleming’s fingerprints on it:

‘You’re right about the Russians. They’re like children, really. They have no self-control. It comes from always being told what to do.’

One feels that Horowitz found his groove with inhabiting Fleming’s writing style, with deference to his master but stamping his own style on the series and avoiding pastiche.  This novel is a treat for the Fleming aficionados, as Horowitz told us: ‘There are loads of Easter Eggs concealed in the novel for the real Bond-lovers.’

With two Bond novels in the bag, Horowitz has officially earned his Double-O status too.

The Muses of Ian Fleming

FOREVER AND A DAY is released on May 31st in the UK and the book tour dates include:

ANTHONY HOROWITZ is the author of the bestselling teen spy series, Alex Rider, and is also responsible for creating and writing some of the UK’s most loved and successful TV series, including Midsomer Murders and Foyle’s War. He has also written two highly acclaimed Sherlock Holmes novels, The House of Silk and Moriarty; Two James Bond novels, Trigger Mortis and Forever and a Day.

10 thoughts on “For Bond Lovers: ‘Forever and a Day’ by Anthony Horowitz”