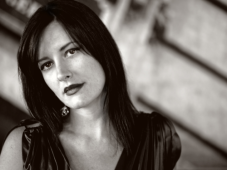 To a 1950s postwar audience, Ian Fleming’s James Bond novels were an escape. For the war-weary man, Bond’s adventures represented the ultimate fantasy down to the finest detail — including food, a facet largely absent from the nearly two dozen 007 films. With Dying to Eat, food stylist Charlotte Omnès and photographer Henry Hargreaves return these lavish meals to the limelight, providing an enlightening glimpse not only into Bond’s character, but Fleming as well (who it was thought was his fantasy of himself). And, by presenting an authentic picture of what was considered exotic or gourmet at the time, the images reveal much about the cultural climate of the day, as they do about the food. 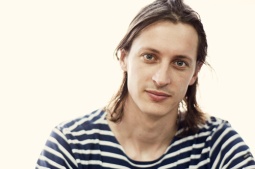 For the series, Omnès and Hargreaves — whose grandfather, coincidentally, served with Fleming during the war and consulted on some of the tailoring details of the Bond books — opted to recreate one meal from each title. Shots were styled and lit to match descriptions of a wide variety of settings, from a Swiss hotel room to a Miami beach club. Rather than present the meals uneaten, the pair chose to highlight a moment in each, scattering clues — cuff links here, a woman’s purse there — as to what may have happened before, during, and after. Accordingly, each meal is more than just a detail contained within a sentence. It’s a story unto itself.

We caught up with the pair over some dressed crab and a bottle of Bollinger.

What inspired your collaboration?

Charlotte: When I found out how much Ian Fleming wrote about food and incorporated it into the Bond stories, I knew we had to do something with that. Bond being such an iconic character and the new found interest that public has with food, I knew it would be of interest. I wanted to collaborate with Henry because of his ability to tell a story with photography & food. 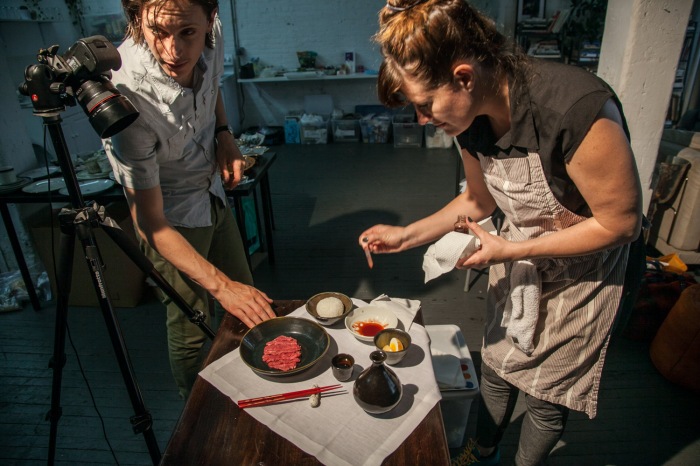 Henry: Our agents had arranged a meeting with Charlotte and I about some other work and while that was happening we talked about our dream projects. She came up with the idea of the James Bond series and how much Ian Fleming went into detail about the meals in the books that Bond ate. We felt they had been glossed over in the movies and so wanted to put them on a mantel to get the attention they deserved.

Were you both literary Bond fans already? 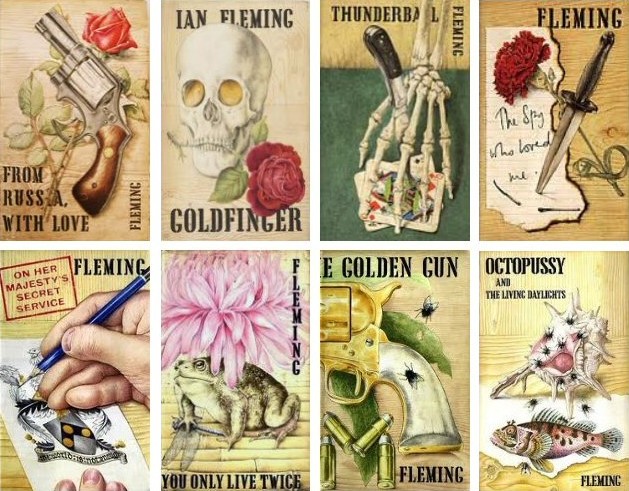 Henry: Look, I’m a boy, I love my James Bond. I was a massive fan, which was why it was such a cool journey to go on.

What did you learn about the recipes and the style of cooking from the experience?

Charlotte: Food in the 50’s & 60’s era was about putting meat on your bones. Certainly not the health conscious eating people look for these days. Full in flavor and delivering comfort, the food was heavy on meat, fat & calories in general. Not to mention all the alcohol! 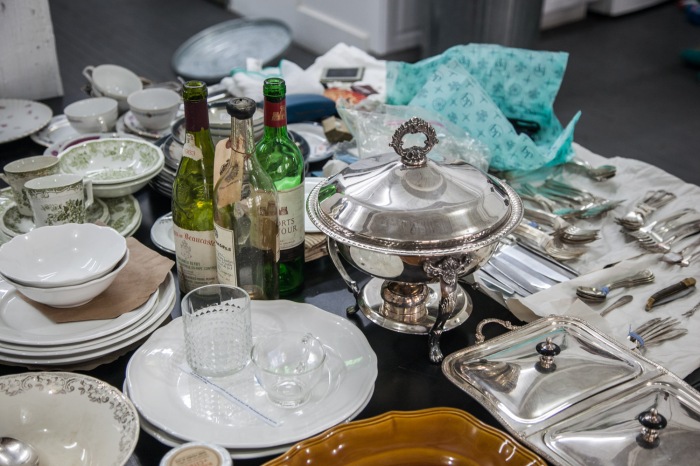 Henry: I’m much more of a fair-weather cook, unlike Charlotte who is an amazing cook and stylist. I did however, notice how old fashioned the terms were; I had to jump online to see what he was talking about since it was a different vocabulary with lots of French terms. It’s all change now.

Which were your favourite meals to cook, eat and photograph?

Charlotte: To Cook: Casino Royale
We started the project off by photographing all the meals and every course. Instead of capturing just a moment of that big meal with Vesper, we made everything. It was quite and undertaking so we simplified our approach. 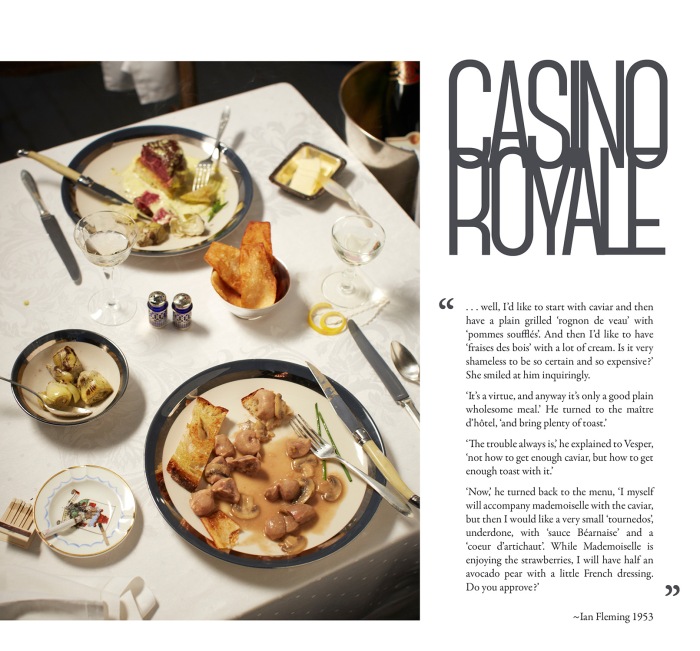 To Eat: Goldfinger
Having $90 worth of Stone Crab for lunch was quite a luxury. I can see why Fleming chose this as Bond’s meal. 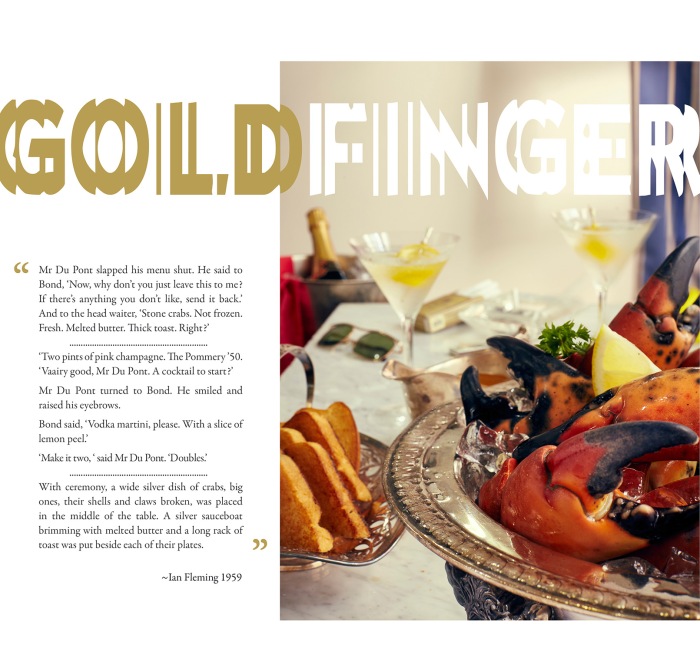 To Photograph: From Russia with Love or Dr. No.
I love the simplicity of From Russia but I love the 1960’s Gourmet Magazine look of Dr. No. 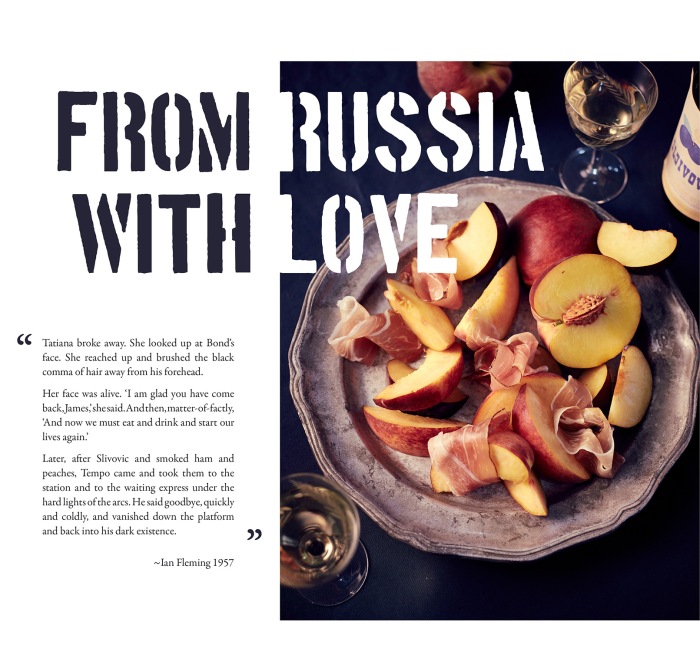 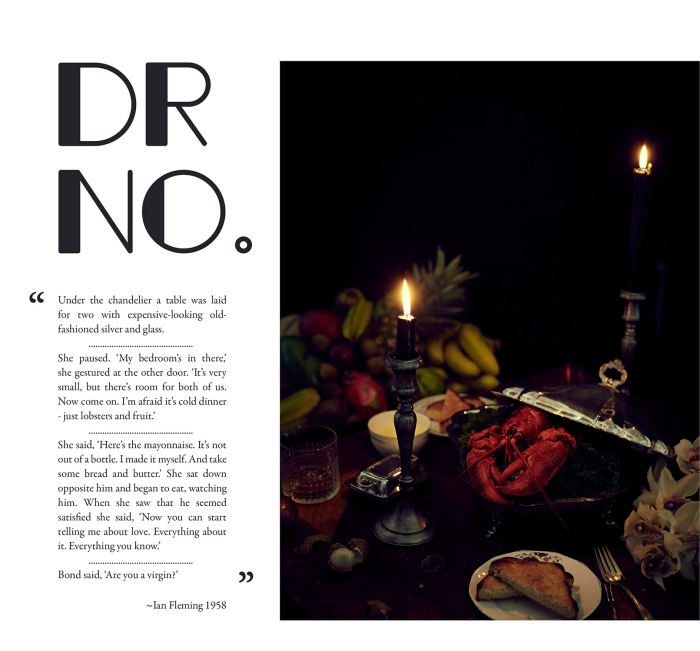 Henry: It was definitely the Goldfinger meal. The challenge was getting the Stone Crabs though. Our intern was sent out to get them, but came back with Snow Crabs, so I thought it was something to do with my accent. Charlotte was sent out again and they still came back with Snow Crabs! Finally she found a place in Manhattan that had them and they cost a fortune! The picture looked awesome and afterwards we had the most amazing studio lunch. Our Austrian intern had never had crab before, so it set the bar pretty high for her first experience. 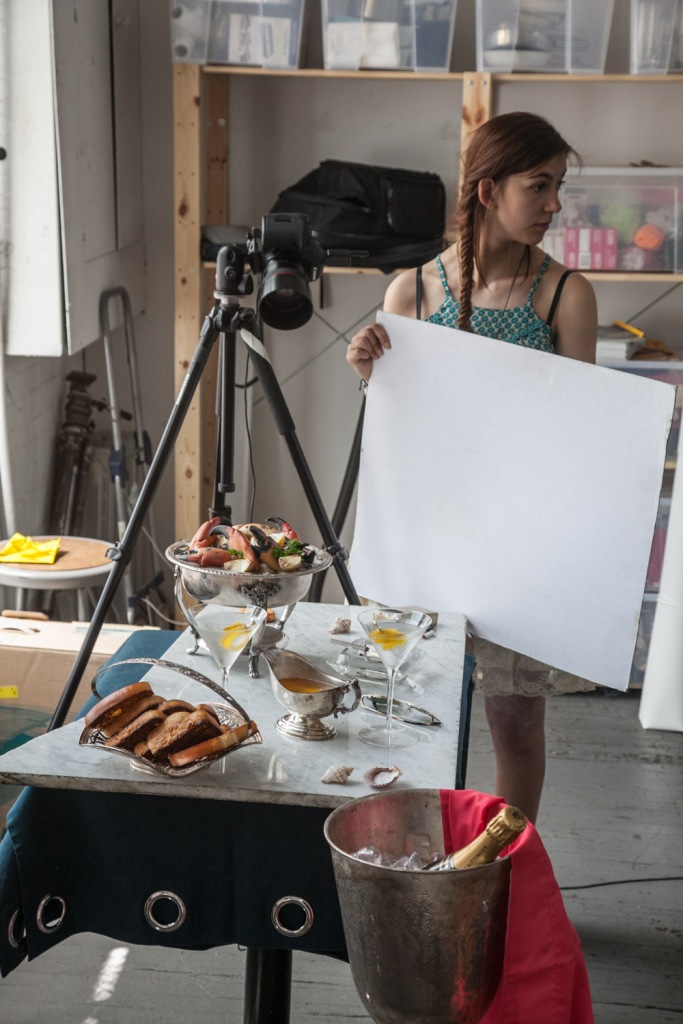 Do you think Fleming knew what he was talking about in his description of the dishes?

Charlotte: Most of the time yes. I suspect Fleming was writing a lot about what he liked to eat and interjected food memories he had experienced. However, we know he May have remembered things a little wrong when he wrote about Brizzola, a fictitious cut of meat, in Diamonds are Forever. 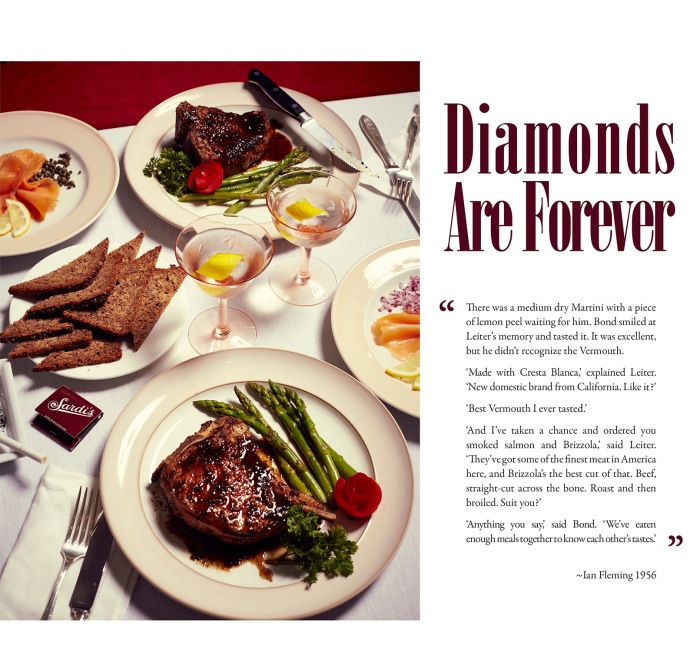 Henry: Yes and no. He ate out a lot and so it depends on how much he remembered. I think he bluffed a bit, and there are theories about whether he made things up and knew he was doing so, such as the Brizzola, or whether at times he didn’t know what he was on about!

Charlotte Omnès is a celebrated, New York City based award-winning food stylist and culinary creative director whose work has been featured in television, print, and web. Henry Hargreaves is a Brooklyn-based artist and food photographer.